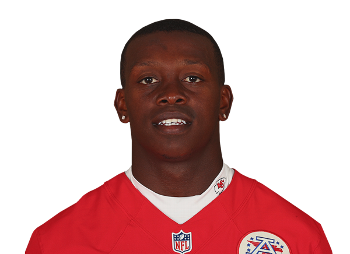 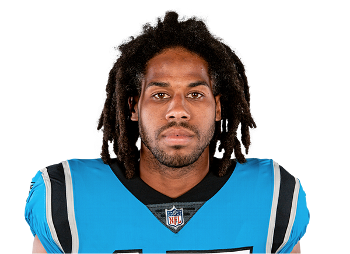 Wide receiver Byron Pringle has agreed to a one-year deal ...

Who is Byron Pringle

Byron Pringle did averaged 24.1 yards per reception at Kansas State, which ranks in the 99th percentile among all receivers. However, Pringle's age (22.5-year-old breakout age) and circuitous path resulted in him and his 4.46 40 time getting overlooked in the 2018 NFL Draft. He signed with the Kansas City Chiefs as an undrafted free agent but was placed on injured reserve after a preseason injury. He missed the entire 2018 season. He also got cut before the 2019 season but worked his way back onto the roster a few days later. Pringle only caught a couple of balls in the first month of the season but seized his breakout opportunity in Week 5, where he went for 103 yards and a touchdown on six receptions. Pringle finished that season with just 170 yards, though, and the season after with 160 yards and two total touchdowns.

Byron Pringle worked his way into a more featured role in the Chiefs' offense in 2021. Pringle made the most of his opportunities. Despite a 9.5-percent target share, 47.8-percent snap share and 14.1-percent air yards share, finished 2021 by posting career-high numbers across the board. Pringle concluded 2021 by corralling 42 of his 60 targets which went for 568 yards and five touchdowns. He finished as the WR41 in fantasy football, ahead of the likes of DeAndre Hopkins and Courtland Sutton. He was able to do so by generating 2.33 yards of target separation, which ranked 2nd among wide receivers. His 9.5 yards per target finished 16th at the position. Mixing in a number of deep targets (13) as well as a number of short routes in Andy Reid's system designed to rack up yards after the catch (170) boded well for Pringle and his skillset to put up the numbers that he did. His 2021 career-year was serendipitous timing for Pringle, who earned a one-year $6 million contract from the Chicago Bears. With a shallow depth chart, Pringle could very well be looking at a starting job in 2022. We'll see what he makes of it.