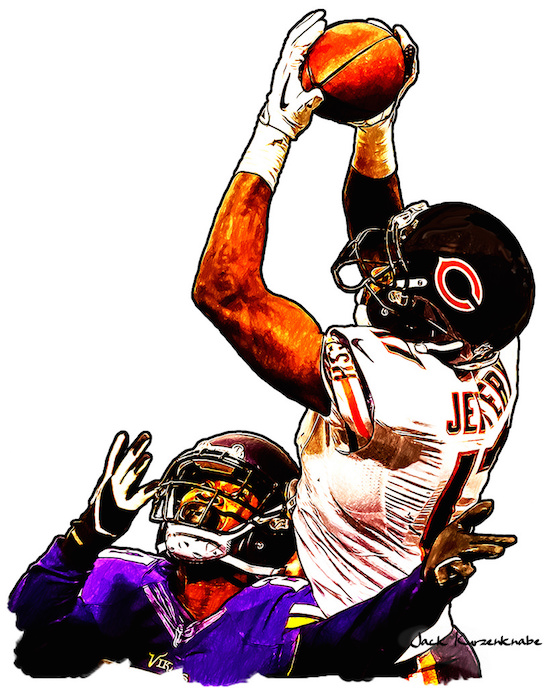 Were most of your football gladiators carted off the field on the NFL’s week 8 Roman Holiday?  Did you miss out on the fantasy point bonanza between the Giants and the Saints in New Orleans in week 8?  You were not alone.

PlayerProfiler and XN Sports are pushing the reset button with a handful of fresh new value plays on DraftKings for week 9 of the NFL season.

The following players are noteworthy plays who could either serve as the cornerstones of an optimal cash lineup or add upside variance to a GPP/tournament roster, or both.

After last week, it would be understandable if you went chasing a 40-plus point week from your quarterback.  Some fantasy gamers may be inspired to pay the premium for elite QB production this week, and Tom Brady is the da QB gawd.  Brady is also playing a Washington defense that was shredded by mediocre quarterbacks in the month of October:

30 fantasy points is a reasonable expectation for Tom Brady in week 9 coming off ten days of rest (not just a best case scenario).  But while Brady, Carson Palmer, and Andy Dalton are enjoying phenomenal seasons, and Drew Brees and Eli Manning treated DFS grinders to an unlikely outburst in week 8, quarterback scoring is down overall in 2015.  Tyrod Taylor, Marcus Mariota, Andrew Luck, Ben Roethlisber, and Tony Romo were hurt, a few older QBs (Peyton Manning and Drew Brees most notably) have been degraded, some young QBs (Colin Kaepernick, Nick Foles, and Sam Bradford most notably) have face-planted, and two other high profile QB1s from last season (Aaron Rodgers and Matt Ryan) have simply underperformed.  Paying the iron $8,500 price for any quarterback on DraftKings, even fantasy deity Tom Brady, is chasing.

Other than Brady, Palmer, and Dalton, which other quarterbacks has consistently out-performed projections this season?  Derek Carr.

Derek Carr is averaging 18.1-fantasy points per game, is trending toward a QB1 season, and has “the look” of the NFL’s next star quarterback.  Last week, Carr dismantled the Jets top-5 ranked pass defense with 333 yards and four touchdowns.  Take away No. 1 wide receiver Amari Cooper?  No problem.  Carr threw two touchdowns to No. 4 receiver Andre Holmes.

In week 9, Oakland faces an improving Pittsburgh pass defense that just held Andy Dalton to 231 yards and one touchdown.  Fortunately for Derek Carr, even if Pittsburgh’s secondary defends well early in the game, Ben Roethlisberger will likely ensure that the Steelers post prolific numbers against a Raiders defense that allows 302 yards per game (only the New York Giants allow more passing yards per game).  The game flow escape hatch will likely be available to Carr if necessary.

Matt Forte suffered a sprained MCL in week 8 and will miss 2-4 weeks.  The second fastest running back in the 2015 NFL Draft, Jeremy Langford, takes over as the lead back in Chicago.  Standing 6-0, 209-pounds Langford’s 109.0 Speed Score is 87th-percentile, his 27.9-percent College Dominator Rating is 52nd-percentile, and his SPARQ-x (overall athleticism metric) is 114.1 (52nd-percentile).  While 2015 rookie running back class has be a colossal disappoint thus far given its expectations, Jeremy Langford’s 22-touchdowns at Michigan State in 2014 and 28-receptions in 2013 demonstrated competence in all phases of the game.  Langford’s versatility is particularly attractive in PPR formats such as DraftKings.

As the primary running back for the Bears, Jeremy Langford walks into the nexus of talent and opportunity. Only a handful of insta-stud fantasy RBs like Langford come along every year.

Jeremy Langford’s salary on DraftKings is a screaming value, and his NFL baptism will feel more like a jacoozi soak than a frigid river plunge.

Alshon Jeffery entered Chicago’s week 8 contest in the top-10 in the NFL in target share.  Jeffery’s prolific volume continued as he posted 10 receptions for 116-yards and a touchdown on 15-targets against a Minnesota secondary allowing a mere 32.5-total fantasy points per game to opposing wide receivers.  The next most-targeted receiver on the team received five passes.

Alshon Jeffery defines target hog.  He possesses the size and athleticism to commands targets and he displays the necessary on-field efficiency (exemplified by a top-10 Yards Per Target) to convert incredible volume into receiving production.

In week 9, the Bears will face the Chargers without top receiving back Matt Forte and No. 2 wide receiver Eddie Royal.  With only Martellus Bennett and the underwhelming Marquess Wilson vying for Jay Cutler’s attention, Jeffery’s target share will continue to skew up in week 9 vs. San Diego.  The Chargers just allowed Joe Flacco to pass for 319 yards without a turnover.  Ranking No. 23 in pass defense efficiency and No. 30 in overall defensive efficiency on FootballOutsiders.com, Jeffery’s match-up is friendlier than San Diego’s fantasy points allowed to opposing wide receivers suggests.

Austin Seferian-Jenkins was the second tight end drafted in 2014.  However, many draft analysts ranked Seferian-Jenkins the No. 1 tight end prospect based on enticing athletic measurables, evidenced by a 10.25 (90th-percentile) Catch Radius, and uber college production, demonstrated by a 29.5-percent (89th-percentile) College Dominator Rating.  Seferian-Jenkins’ elite prospect status fueled the enthusiasm around this 2015 breakout tight du jour.  Then, he delivered in week 1 with 2 touchdowns and 28 PPR fantasy points.  Fantasy tight end gold.

Due back in week 9 after missing seven six games with a strained shoulder, Austin Seferian-Jenkins will immediately become Jameis Winston’s second option in read progression ahead of Donteea Dye and Adam Humphries.  Those names are not typos.  Without Vincent Jackson, Buccaneers opponents understandably shade coverage toward Mike Evans, leaving room for Seferian-Jenkins to operate in the middle of the field.

In week 9, Austin Seferian-Jenkins faces a Giants defense that allows 19.6-fantasy points per game to opposing tight ends, most in the NFL.  Moreover, New York was just embarrassed for 7 passing touchdowns by Drew Brees, including 9 receptions for 147-yards and a touchdown to a 109 year-old tight end, Ben Watson.

Which tight end to play on DraftKings this Sunday?  ASJ all the way.