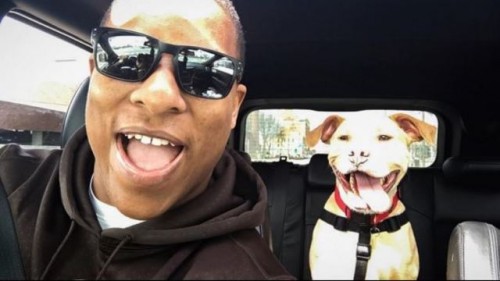 One of Dynasty Twitter’s favorite under the radar running backs is Terrell Watson, currently the No. 3 running back on the Cleveland Browns depth chart.  After spending a year on the Cincinnati Bengals practice squad, he followed Hue Jackson to the Cleveland Browns and has since become an intriguing player to pick up in the late rounds of startups or off the waiver wire.

So first things first, what is intriguing about him, because being on Cleveland is clearly not one of them.

Terrell Watson played for Azusa Pacific where he racked up thousands upon thousands of yards and many dozens of touchdowns. In fact, he broke every single record the school had for running backs, which were held by potential future NFL Hall of Famer Christian Okoye.  In four seasons, he averaged 1,486 yards per season, including a 2,212-yard senior season.  Additionally, he had 79 rushing touchdowns which averages out to 19.5 per season.  While he only averaged 12 catches per season, he did average 11.2 yards per catch which is rather impressive considering his build and style of play.

In terms of metrics, he has impressive measurables similar to what Derrick Henry posted and is comped to Steven Jackson, a fantasy beast for many years.

So is Terrell Watson worth rostering?  Yes, yes, and yes.

Why?  Terrell Watson‘s profile fits the holy prospect trinity: size, athleticism, collegiate production.  Furthermore, the competition for the Browns grinder role is minimal.  Isaiah Crowell has routinely underperformed going back to his collegiate career and has yet to show either productivity or efficiency on an NFL football field.  Crowell also commanded unwanted attention during the offseason with a graphic tweet that he later apologized for posting.  Duke Johnson has carved out a significant passing down role in 2015 that is unlikely to expand to every-down duties.  Johnson has shown himself to be very beneficial as a pass catcher and Hue has shown a propensity to employ a division of labor at the running back position.

While Terrell Watson has yet to demonstrate dynamism in the passing game, he does fit an early down and high leverage goal line back role that Hue Jackson heavily utilizes historically.   Is there a chance he doesn’t pan out?  That’s why dynasty leagues have taxi squads.  Watson did follow Hue, and the Cleveland RB depth chart is shallow.  Watson has upside worth chasing, and he is a sexier stash than more popular dynasty sleepers such as Zach Zenner.  Watson’s startup cost has been steadily rising (currently he is RB66 between Spencer Ware and James Starks), but he is still a value in late 16th/early 17th round.  If Terrell Watson is available on your waiver wire, I would gladly pick him up pending roster restrictions, but wouldn’t pay more than a late 3rd round rookie pick to acquire him.