“No play is either good or bad but a correlated lineup and intentional contest selection makes it so.” – William Shakespeare  (DFS Legend)

Welcome to my series on tournament daily fantasy sports for PlayerProfiler. Utilizing concepts drawn from game theory, economics, and statistics, I have been a profitable DFS tournament player multiple years running. I am excited to share these over the course of this series in an innovative and transparent weekly column. The Pareto Principals will embark on an overview of each slate with an eye towards theoretical, structural analysis. I will apply that to an intriguing lineup concept to employ in DFS tournaments that week; with an emphasis on limited entry, small to medium field contests.

A disclaimer: If you’re looking for a spreadsheet of the highest projected plays, I encourage you to look elsewhere. Each week, PlayerProfiler’s head of analytics Josh Larky publishes cash and tournament lineups for subscribers. If you want plug and play analysis, there is no-one in the business better. For those willing to embark on this journey with me, this introduction outlines the general principles I will build my column and portfolio around each week . ‘Tis better to teach a man to fish in order to produce the most ‘scalable’ analysis.

In 1896, Economist Vilfredo Pareto stated that 80-percent of consequences come from 20-percent of causes. This has been applied to a number of fields since, corporate management and risk assessment in particular. Coming from an education background in economics, I adopted this principle as a guiding strategy for probability-based gaming such as fantasy sports and poker. In my first published article, I applied Pareto’s thesis to dynasty.

The application of the Pareto Principle to fantasy football is that the most impactful portion of your results will be a product of very few inputs. It matters more how right you are than how often you are right. Grinding the margins in tournament DFS is an inefficient use of time and resources compared to thinking critically about structural composition and leverage points that can vault you into the top one-percent of contests. As my late-grandfather would lovingly remark; “don’t sweat the small stuff.” 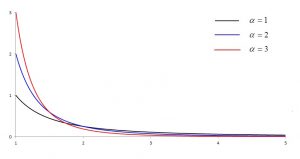 The Importance of Contest Selection

In my opinion, the most valuable trait someone can have in almost any industry is self-awareness. It is more difficult to develop new skills than to find opportunities which emphasize your existing advantages and mitigate your natural deficiencies. The most important decision a DFS player makes is their contest selection. Broadly speaking, there are two formats of DFS. One is cash games, typically 50/50s or head-to-heads, in which you’re attempting to produce the highest scoring lineup on average. The other is tournaments, in which you must maximize your odds of finishing first place among a field of variable size.

In all formats of fantasy football, every decision must be pursued with intentionality about your win condition and how its achieved.

One of the most important elements of tournament play is accepting an expectation of loss. In most contests, only 20-percent of entries cash; a threshold known as the ‘min-cash line.’ Hitting it ought never be the goal. The most common error in tournament DFS is constructing lineups that increase your chances of a min-cash. If your goal is to double your money, you’re better off playing cash games. The only objective worth chasing in tournaments is the one which keeps your expected value on par with cash players; first place.

The problem is that even for high-skill players, it may take a number of weeks, sometimes years, to realize your edge on a limited number of slates. Tournament DFS is not a game for those seeking instant affirmation of their process. Most weeks you play, you will lose, even if you craft sharp lineups. In each edition of this column, I will reflect on the previous week’s plays, but do so in a strictly process-based manner. For example, I will consider it a far greater error if I feature a game that checks in with higher ownership than expected than if my top rostered running back scores eight points.

In keeping with the Pareto Principle, the success of your DFS season will be reliant on your most successful lineups, rather than their average performance.

One element not talked about enough is the difference in play style between large field max-multi entry tournaments (such as the Draftkings Milly Maker), and limited entry contests with smaller fields. In these, you are competing against fewer lineups in total, and fewer lineups from each individual opponent. Many players wrongly conflate contrarianism and correlation with upside, and decide to play highly correlated, against the grain entries in large fields, while submitting glorified cash lineups into smaller tournaments.

This may seem intuitive, but you should actually do the opposite.

Correlation and Contrarianism: You Don’t Have to Out-Run the Bear

As I wrote in my lessons from DFS for best ball series, correlation is not a ceiling raiser; it is a ceiling reacher.

Correlation maximizes the benefit of a minimum number of assumptions.

NEW @rotounderworld writen work from NEW Underworld LEAD ANALYST @FF_RTDB – today he brings us the first of a two-part series centered on DFS lessons to learn and UN-learn when playing best ball , this one focusing on lessons to learn 😎https://t.co/eyRXRI7MX9

While key in any DFS tournament, the higher the standard of production required to win, the less contributory correlation is to your win condition. In small fields, you rarely need the ‘nut’ lineup to win. Entries with one or two correct convictions, and a structure that maximizes the benefit of each, can take first place.

You can further maximize this benefit through contrarian constructions. In part II of my aforementioned DFS vs. Best Ball series, I explained the concept of leverage by way of a raffle draw. Here’s the analogy below:

You are at a 100-person raffle draw with two stages. First, the emcee spins a wheel to determine which bag the winner will be drawn from. Then they pick a name from the winning bag.

Two thirds of the slots on the wheel are reserved for bag A. Only one third is for bag B. Because of this, 90 of the attendees place their ticket in bag A. If you are one of the ten in bag B, your odds to win are actually better (1 in 30 compared to 1 in 135).

In small field tournaments, it is highly beneficial to chase unique win conditions.

It is far too early to solidify ownership projections at this juncture, so use this as an example rather than a recommendation. Let’s say 20-percent of the field is stacking the Cardinals-Titans game in Week 1. If you join them, your win condition is now linked with a large portion of the field, putting more pressure on the rest of your lineup to separate from the pack should you be correct. Instead, if you build a Chargers-Football Team stack which is featured in less than five-percent of lineups, and the game surpasses Cardinals-Titans in fantasy value, the threshold for the remainder of your lineup is much lower in order to win.

The Pareto Principle at Work in Limited Entry DFS

Let’s put this all together. The Pareto principle lends itself naturally to limited entry tournaments in two ways:

My ‘Pareto-inspired’ play-style works best in environments which reward a big-hit, small-miss mentality, that prioritizes macro-level process over micro-level selections. If that’s not you, I think this column will still be a useful read in terms of helping grow your mindset for DFS, fantasy football, and probability-based thinking in general. If that is you, then I encourage you to play along with me this season.

Later this week, I will pen my first edition of The Pareto Principals with an overview of how Week 1 DFS is best approached with an embrace of humility, a set of players (principals) I believe may be undervalued in tournaments this week, and how to best create leverage on your opponents. I am extremely excited to begin the 2021 DFS season alongside you!