Due in large part to innovative projects such as SportsInjuryPredictor.com, the fantasy community has recently focused its attention on the physical fragility component of bust risk.  Beyond player-specific injury probabilities, the overarching injury history of each skill position may also influence fantasy draft concepts.

The RotoUnderworld Team reviewed the physical fragility rate (percentage of games missed per season due to injury) of the fantasy-relevant players at each position on draft day over the last two seasons (2013-2014).

Counterintuitively, tight ends missed more games due to injury than their famously fragile running back counterparts.  Furthermore, the average starting tight end scores less fantasy points than any other skill position in fantasy football.  Given that tight end is the lowest scoring position and is almost as volatile and difficult to forecast year-to-year as the running back position, investing first round draft capital in Gronk is too risky. 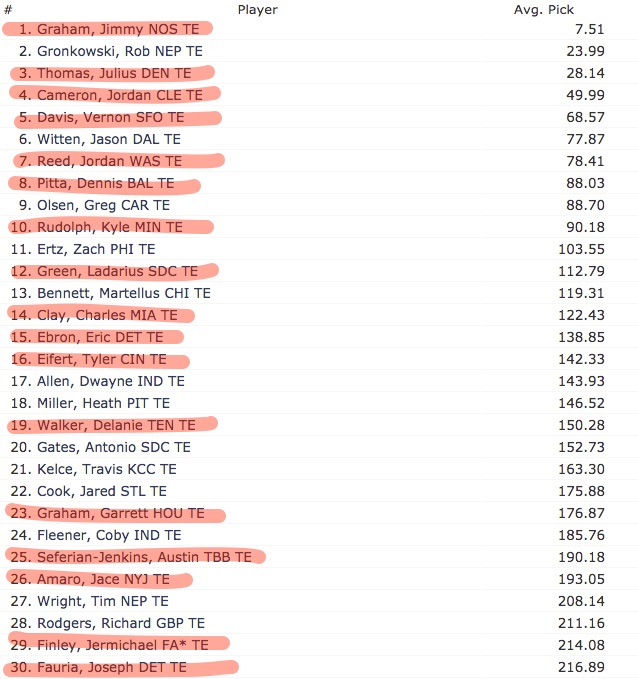 The argument that Rob Gronkowski is an injury risk is bolstered by his well-documented medical history report. 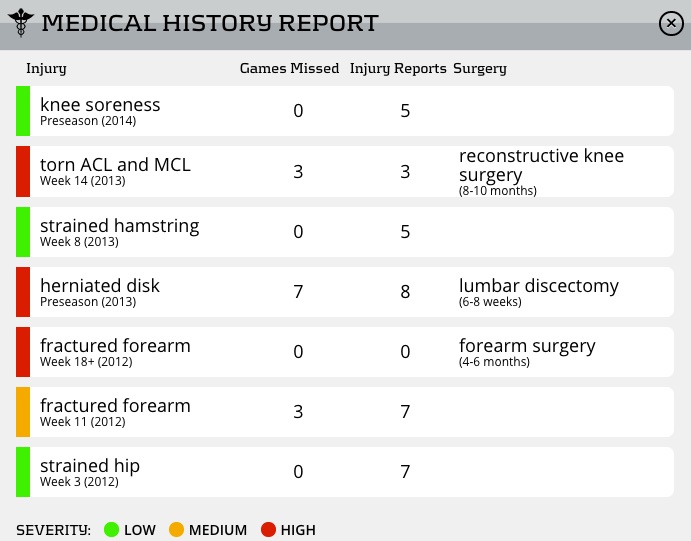 RotoUnderworld’s physical fragility rate data also suggests that the tight end position as whole is fragile.  This is intuitive given the violent collisions that every-down tight end’s endure every week at the professional level.  In running situations, tight ends are putting their bodies between mutant NFL edge rushers and the ball carrier.  In passing situations, tight ends are operating in traffic, battling 250-pound linebackers for the ball in space, and then after converting receptions, they are the often stationary targets for kamikaze NFL safeties. 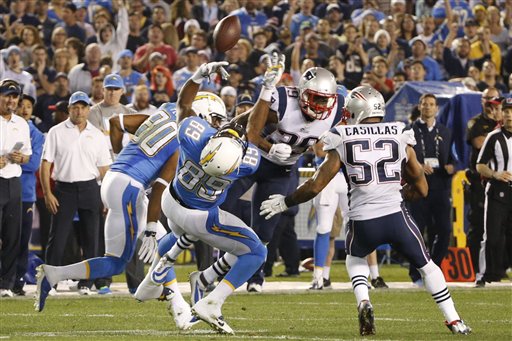 Greg Olsen and Martellus Bennett have each started 32-consecutive regular season games over the past two years.  The two lowest risk options at the tight end position, Olsen and Bennett are the widely perceived as rock solid, super-reliable starters.  They are often drafted by risk-averse fantasy gamers who pass on Rob Gronkowski and Jimmy Graham for the reasons outlined above.

Regardless of a recent string of healthy games, rather than allowing recency bias to overly influence my player evaluation process, I look at tight end fragility with a wider lens.  The position has low upside and high downside.  If I am not able to acquire a player like Travis Kelce, whose ceiling is the No. 1 tight end in fantasy this season, I will be following Ray Marzarella’s lead and implementing a late-round tight end tactic.  Given the extreme physical fragility of the tight end position, I am comfortable investing minimum draft capital in the position and targeting either Tyler Eifert, Austin Seferian-Jenkins, or both in the later rounds of fantasy drafts.