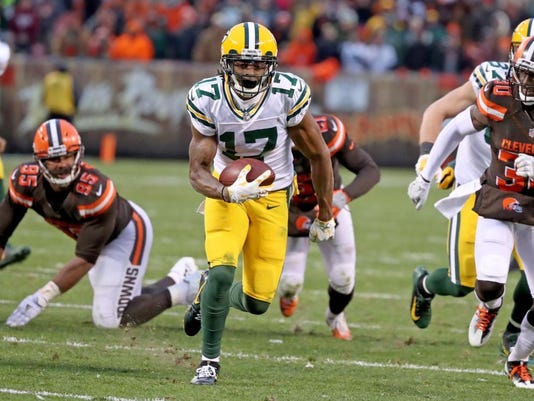 After taking a few lumps against the Chargers in week 11, Tyreek Hill is set to make his return just in time for gamers to make their playoff push. Hill’s production has been unprecedented when on the field. He’s been a cornerstone for fantasy teams with 17 (No. 6 among qualified wide receivers) Fantasy Points Per Game and five straight top 24 finishes prior to last week. Three of those being top-five finishes. He’s a shoe-in for top consideration this week against the Raiders and a matchup with Daryl Worley.

Patrick Mahomes is leading all QBs with a 9.3 (No. 1) Adjusted Yards Per Pass Attempt. The primary benefactor of that being Hill as he has a 15 (No. 7) yard Average Target Distance along with 16 (No. 24) Deep Targets this season. It’s simple, Mahomes and Hill are a lethal deep threat combo and Worley gives up most of his production there. Worley’s 1.5-percent (No. 40) Burn Rate integrates nicely with Hill’s 4.34 (98th-percentile) breakaway speed and provides this matchup with a huge big-play upside. Worley’s 12.4 (No. 58) Fantasy Points Allowed Per Game can safely be doubled as Hill’s floor this week. Chalk it up.

The last three weeks have brought on somewhat of a lull for Cooper Kupp. It’s time to roll out the positive regression carpet for a bounce-back week. Before week 10, Kupp was averaging 10 targets, 100 rec yards, and 21 fantasy points per game. Since then, he’s posted nine receptions for 88 receiving yards on 17 targets in the last three games. That drastic of a production dip is abnormal and generally signals outlier performance. Such is the case here. Kupp is due to come back up to WR1 level production and his week 13 matchup with Kevin Peterson is the start of the comeback trail.

The problem for defenses having to cover three top-end WRs is that they don’t have three top-end corners to matchup. That leaves an odd man out and, in this case, that’s Peterson. On 117 Routes Defended, Peterson’s allowed 15 receptions for 187 yards. Comparative to other CBs, that’s a low line of production given up but there’s always more to the story. Peterson has only seen 27.2-percent of Snap Share this year and his 23.1-percent Target Rate on 27 Targets suggests he’s targeted a lot when on the field. Correlating that back with his receptions allowed, we see he’s allowing production on 55-percent of those targets.

Peterson is allowing 12.5 Yards Per Reception amounting to 1.25 Fantasy Points Per Target Allowed. A total that seems minute given how little Peterson has been in coverage snaps but he does give up fantasy points when targeted. Despite the underbelly of Peterson’s profile, this matchup comes down to volume and game script. Arizona is allowing just south of 300 passing yards per game and an average of 23.5 fantasy points per game to WRs. Fire up Kupp with confidence and watch the points roll.

It’s time to deploy this series first-ever 100-percent, full-proof lock button. And it belongs to Davante Adams. Adams is coming off a string of what some consider to be underwhelming fantasy performances but those people are liars. In his last three games, he’s logged 21 receptions on 33 targets for 202 receiving yards culminating in a 15.7 fantasy points per game average. He’s boasting a 15.7 (No. 17) Fantasy Points Per Game Average and outside of dealing with some injury, he’s been one of the leagues most heavily utilized WRs with a 29.1-percent (No. 3) Target Share. This week, he gets to put the negativity to rest in a matchup with Janoris Jenkins.

After starting off slow, Jenkins held opposing WRs to single-digit fantasy production in three of his last five games. He’s allowed just 36 receptions for 69 yards in that same span. However, if we look at his matchups in those games, we see he faced players like Trent Sherfield and Demaryius Thomas who have far fewer opportunity shares than Adams does. So much so that all receivers faced in that span logged five or fewer targets except one. When looking at the entire scope of Jenkins profile, his 46 (No. 62) Receptions Allowed for 659 (No. 72) Yards Allowed show the larger sample of his 2019 season.

Eluded to above, Adams sees superior volume to nearly every wide receiver. Jenkins 60.5% (No. 33) Catch Rate allowed on a 25.2 (No. 55) Target Rate show that he’s far from the defender being displayed as of late. Not only is Adams heavily utilized, but he’s among the most efficient WRs this season with 3.10 (No. 5) Yards Per Pass Route making Jenkins efficiency in coverage a fantasy feeding ground. Lock him in as the WR1 this week.