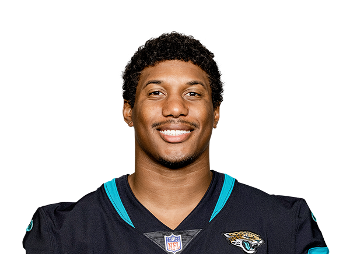 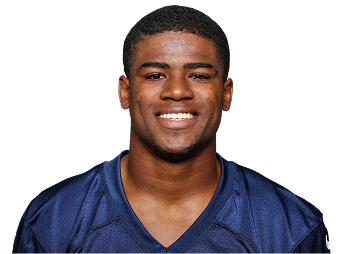 Zay Jones Is Viable WR Option In Wild Card Round

Back to Basics: Why Bryan Edwards RULES!

Who is Zay Jones

Despite playing 84 percent of Buffalo’s snaps as a rookie, his 36.5-percent catch rate and 17-percent target share (No. 51) left him not fantasy-relevant. Heading into year two, Jones revealed he’d played his rookie season with a torn labrum. When the team released Kelvin Benjamin, Jones became the Bills’ de facto No. 1. Being the top target on what was then a low-pass volume offense, though, coupling his modest 21.2-percent target share with a 55-percent catch rate (No. 88), left him with the league’s No. 48 WR fantasy ranking.

In 2019, the Bills chose to move in another direction at the top of their WR depth chart, signing veterans John Brown and Cole Beasley and leaving Jones with just 46 targets and an infinitesimal 10-percent target share (No. 94). When he was targeted, he scuffled bringing in Josh Allen's targets, posting a 58.7-percent (No. 73) catch rate. In November 2019, Buffalo traded Jones to the Raiders for a fifth-round pick.

To start 2020, Jones found himself near the bottom of the Raiders’ receiving target totem pole, below Darren Waller, Nelson Agholor, Hunter Renfrow and first-round rookie Henry Ruggs. Seeing only 20 targets in 2020, Jones was not fantasy-relevant.

The Raiders re-signed him to a one-year contract in 2021 anyway. After seeing less than a 27-percent snap share and no more than two targets in a game before their Week 8 bye, when the Raiders released Ruggs, they needed someone to step up at wide receiver opposite Hunter Renfrow. Bryan Edwards had been starting but seeing just a 10-percent target share. Enter Zay Jones. After running two routes with an 18-percent snap share in Week 7, Jones ran 42 routes with a 96-percent snap share in Week 9. He’d see more than 80 percent of the team’s snaps and earn 62 targets over the team’s final 6 games. In their opening-round playoff loss to Cincinnati, Jones lead LV WRs with 5 catches for 61 yards and a score. Jones took advantage of his second-half surge and used it to secure the bag. The Jaguars inked Jones to a three-year $24 million deal that guaranteed $14 million. After falling into obscurity despite second-round draft capital, Jones will be featured heavily in the Jaguars' offense going forward.