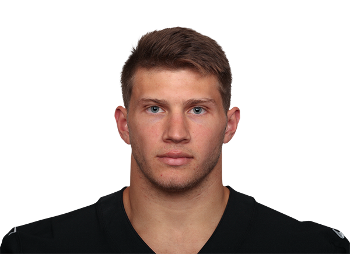 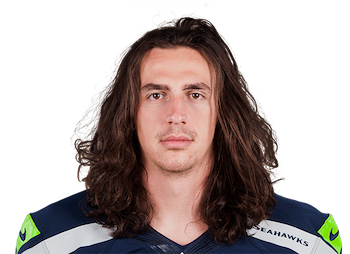 Foster Moreau Has Four Catches In Win Over Broncos

Foster Moreau Has Seven Catches In Win Over Browns

Who is Foster Moreau

Carrying lackluster college stats, Foster Moreau was able to draw the eyes of scouts through the 2019 Senior Bowl and NFL Combine. After impressing in Senior Bowl practices, he ran a 4.66 second 40 time and posted a 124.4 burst score. That type of speed and agility within a 6-4 frame with a 81.5 inch wingspan is the makings of an athletic specimen. Combining his athleticism with his blocking and leadership ability, one can see why he received 4th round draft capital from the Raiders. Moreau was thrust back into his college role, seeing a 43.8-percent snap share, but only running 75 routes and 113 air yards.

His future was beginning to look grim, when in 2020 his snap share plummeted to 21.9-percent and finished the season with 9 targets. In 2021, Darren Waller ran into health issues, and Moraeu got his chance to be the short-term starter. This is an opportunity he took full advantage of, dropping 0 of his targets for 60 yards and touchdown in week 7 against the Eagles. Moreau’s role took a complete 180, running 306 routes and even earning 5 deep balls. He finally flashed the athleticism he boasted at the combine, running up 195 yards after catch. He finished the season with a TE25 fantasy ranking, and proved himself to be a viable fantasy stash. Moreau’s 2022 ADP will be free, considering Waller, the next gen stat king, remains under contract.