Nobody loves selecting tight ends late in their drafts more than myself.  The TE position has proven to be the most volatile position in football yet people continue to bite on the early-mid round bait.  A bold prediction is not “Antonio Gates will be a top-five tight end.”  Devonta Freeman finished as the No.1 overall RB in fantasy last season, and I have yet to find any article hinting at that possibility.  I know nobody expected that too happen, but if we are talking bold predictions, you have to be BOLD.  What’s a synonym for bold?  Daredevil.

These 13 bold predictions are both highly unlikely and highly possible:

1. Virgil Green finishes as a top-10 tight end.  Green will be the safety blanket for whichever below-replacement QB earns the “starting QB” role in Denver.

2. Rob Gronkowski does not finish as a top-five tight end.  With Jimmy Garoppolo starting for four games, off-season shenanigans, and Martellus Bennett‘s arrival, this will lead to the inevitable drop in Gronk’s production.

3 . Zach Ertz will lead all Tight Ends in receptions. 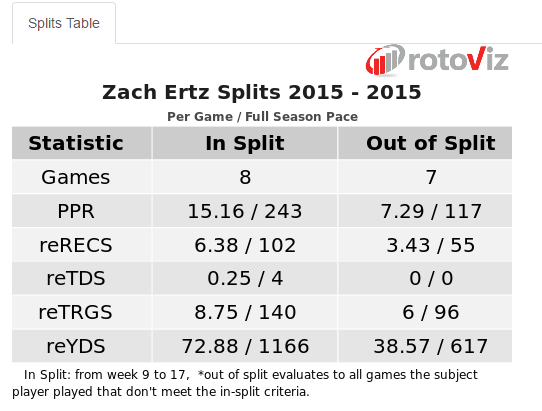 4 .  Antonio Gates finishes as the No. 2 TE in fantasy points per game.  The vet is not getting any younger but expect the ‘Rivers’ to flow through the ‘Gates’ way too often this year.  Gates needs eight touchdowns to surpass Tony Gonzalez and he will do it.

5. Will Tye will earn the starting TE role and continue his 2015 pace (10-plus fantasy points in six of his last seven games), ultimately finishing as a high-end TE1 fantasy producer.  Will Tye is my guy. 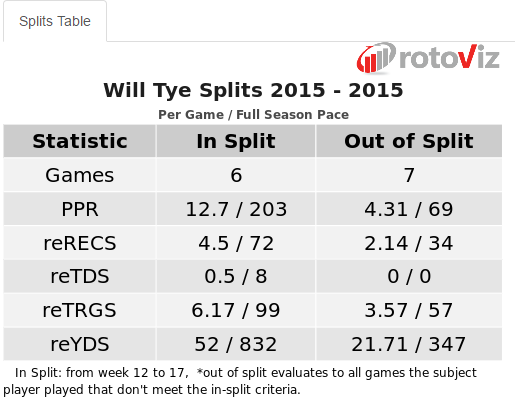 6.  After his breakout season Gary Barnidge will not finish as a top-20 fantasy TE.  Close the ‘barn’ door on his fantasy value.

7.  Cameron Brate plays more snaps than Austin Seferian-Jenkins in Week 1, but ASJ out-snaps Brate the rest of the season and is a top-5 fantasy  TE.

9. Only one Tight End who finished in the top-five last season will return to the top-five in 2016.  His name is Delanie Walker.

11.  Martellus Bennett will lead the NFL in fantasy points per target.

12.  The Dolphins finally give up on Jordan Cameron and he is released mid-way through the season.  Cameron will then sign with the Steelers and post a top-5 second half in fantasy.