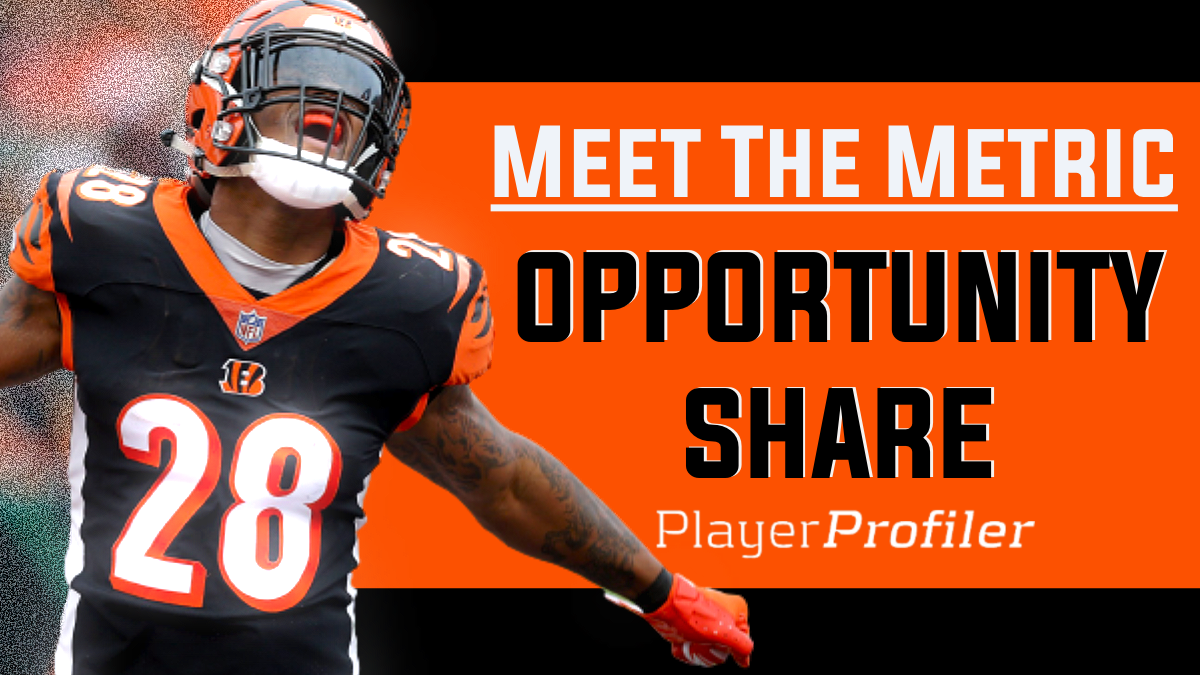 Opportunity is king in fantasy football. In fact, if someone went Back to the Future and snagged a copy of Gray’s Sports Almanac that only contained the target and carry totals for the upcoming NFL season, that person would assuredly win their fantasy football league. Unfortunately, PlayerProfiler has no Delorean, nor a flux capacitor despite multiple multiple pleas to The Podfather. Luckily, we have an advanced metric that can cut through much of the noise when it comes to running back opportunity.

Such a simple metric can be extremely informative for fantasy football purposes. In our game within in a game, we care more so about realized opportunity as opposed to our player being on the field. Opportunity Share cuts out most of the noise generated by a running back’s Snap Share and focus on what we are really looking for when it comes to running back opportunity.

The 2020 Tampa Bay Buccaneers backfield best illustrates the usefulness of this metric.

Ronald Jones vs. Leonard Fournette in 2020

Last season, both Ronald Jones and Leonard Fournette saw roughly the same amount of snaps in the Buccaneers offense. However, Jones was the preferred fantasy option, averaging over two points more per game. His production was largely driven by seeing more than 15-percent more opportunities than Fournette. This Opportunity Share was the reason to be “on him” in 2020.

Why We Need to Target Joe Mixon

The skeleton key to fantasy football success is finding league-winning value in places that are overlooked. This year, everyone appears to be overlooking Joe Mixon despite multiple positive indicators for fantasy football success. Currently, his Underdog ADP of 15.3 places him squarely outside the first round of fantasy football drafts. He can be had at even greater discount in dynasty leagues, where his ADP places in the third round. What many seem to be overlooking about Mixon is his opportunity monopoly on an ascending Bengals offense. Last season, he saw an 81.5-percent (No. 2 among qualified running backs) Opportunity Share during his six active games. Additionally, when he last played a full season in 2019, he saw a 77.1-percent (No. 6) Opportunity Share.

Are you still IN on Joe Mixon in dynasty?

With Giovani Bernard leaving as a free agent, Mixon has to be considered the league favorite to led the NFL in Opportunity Share in 2021. Recent comments from Bengals offensive coordinator Brian Callahan appear to confirm this prediction.