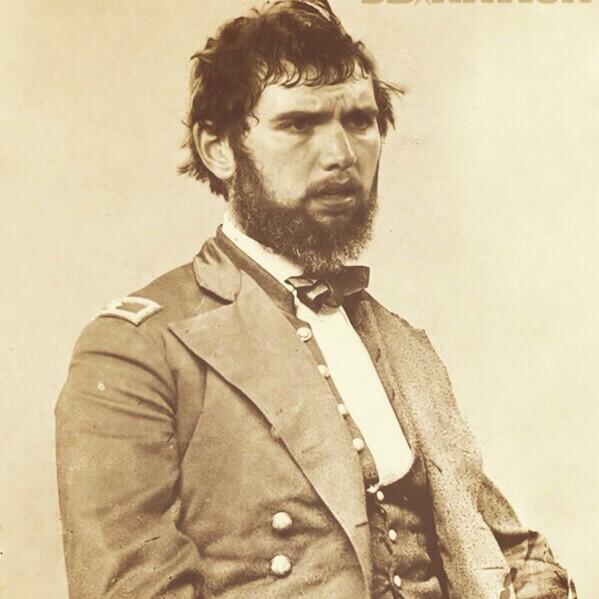 A new metric is now available on PlayerProfiler: Value Over Stream (VOS). VOS is a helpful guidepost to be utilized during fantasy football drafts. The metric calculates each player’s fantasy points per game above the average waiver wire replacement in standard fantasy league formats during either the current or previous season, depending on the time of year. VOS also takes positional bust rates into account.

Now, let’s break down precisely how the metric is derived and how it may impact fantasy draft strategy.

Replacements In The Stream

This assumption was determined after some crude market research, after which we concluded that approximately 50-percent of fantasy gamers carry 2 QBs in standard single-quarterback leagues at any point during a season, which equates to 1.5 QBs per team. The most common number of teams in a league is 12, and 12 multiplied by 1.5 is 18. Therefore, in an average standard fantasy league, the 19th best quarterback at any given time is likely to be available for streaming via the waiver wire.

In fact, the 19th highest ranked quarterback in fantasy points per game in 2014 was Mark Sanchez, who was the quintessential option that many fantasy gamers, who were otherwise weak at the quarterback position, may recall turning to on the waiver wire last season. Mark Sanchez is the stream, and the stream is Mark Sanchez.

For RBs, the “stream RB” is represented by the 49th best running back (fantasy points per game) in 2014. This player represents the likely best available option on the waiver wire. We assume this because our crude market research suggests that the most common league format includes two dedicated running back slots and one flex. If we also assume that the fantasy gamers use a running back at flex 50-percent of the the time, then the average standard fantasy league team will have 2.5 active running backs. Our research also found that most fantasy leagues have approximately five bench spots, which are most often dedicated to the following positional mix:

Given this, most fantasy teams carry four running backs. In a twelve-team league, that equates to approximately forty-eight rostered running backs throughout the season — a few more at the beginning of the season, and a few less during the height of the NFL bye weeks when more team roster a second QB/TE/K/DEF. Therefore, in an average standard fantasy league, the 49th best running back at any given time is likely to be available on the waiver wire.

The “stream WR” who represented the prototypical wide receiver waiver wire pickup in 2014 was also the 49th best wide receiver (fantasy points per game). In a twelve-team league, just like with running backs, about 48 wide receivers are rostered. A handful more WRs are typically rostered early in the season, and a few less are rostered during the peak of the NFL bye weeks as fantasy teams are often forced to add more quarterbacks, tight ends, kickers, and defenses. Therefore, in an average standard fantasy league, the WR49 is likely to be available on the waiver wire at any given moment during the NFL regular season.

For tight ends, the “stream TE” is represented by the 19th best tight end (fantasy points per game) in 2014. Just as with quarterbacks, we concluded that about 50% of fantasy gamers carry 2 TEs in single-tight end leagues, which equates to 1.5 TEs per team. Therefore, in an average, standard fantasy league, the 19th best tight end at any given time is likely to be available for streaming.

After calculating each player’s value over the likely waiver wire replacement player, we took the additional step of including a bust rate coefficient. Why do bust rates matter? In his groundbreaking piece, Zero RB, Antifragility, and the Myth of Value-based Drafting, Shawn Siegele explained that the inherent fragility and subsequent volatility of the running back position leads to less accurate RB fantasy output forecasting. Given this additional uncertainty, a discount must be built into any value-based player valuation schema. The bust rate coefficient serve as a throttling component of the VOS metric, which discounts for prediction uncertainty.

Bust rate by its very nature is an arbitrary device with no universal definition. Therefore, it necessitates a comprehensive, contextual explanation. We determined bust rates for the Value Over Stream (VOS) metric using the following approach.

We narrow our focus to only players drafted in the first twelve rounds when players drafted with the intention of being fantasy starters are typically selected. We then divide players into cohorts (QB1, RB1, RB2, WR1, WR2, TE1) and average their cohort’s fantasy points per game. For instance, the QB1 (fantasy QB No. 1 through QB No. 12) cohort’s average fantasy points per game in 2014 was 19.6.

To create a cost-discounted bust indicator, we take each quarterback who was drafted it the first 12 rounds of 2014, and multiply his fantasy points per game by a “draft capital premium,” and then subtract that number from 19.6. The round premiums for quarterbacks are as follows:

Any negative values indicate busts. Yet, despite only averaging 16.3 fantasy points per game in 2014, because Andy Dalton played all 16 games and was not drafted until in the 10th round (on average), he met the baseline threshold required to not be classified as a bust. Because most fantasy teams start only one quarterback and a single tight end, the tight end draft capital premium allocation and subsequent bust rate threshold determination uses precisely the same logic as the quarterback calculation outlined above.

For running backs, we categorize players as busts by first accounting for the number of games played, then setting a cost-discounted bust threshold by first dividing running back drafted in rounds 1 through 12 into three groups:

The top five VOS players in 2014 were as follows:

Pass on Antonio Brown this season at your own risk.

How does VOS impact draft strategy? Should you draft Andrew Luck in the first round, because he finished with a top-3 VOS in 2014? No. VOS is primarily a guidepost for analyzing player valuations across positions in each round. For example, if your fourth round pick is forthcoming, the VOS metrics makes decision making easier. When deciding between Aaron Rodgers (+5.6 VOS) and Kelvin Benjamin (+2.3 VOS) with the No. 40 pick, VOS demonstrates that Aaron Rodgers will likely return a higher value over the available streaming options. While the Rodgers vs. Benjamin 2-to-1 gap illustrates straightforward decision making, when the gap is tighter, disregarding round and draft position by making selections based strictly on VOS score alone may be sub-optimal.

For instance, there is usually a significantly steeper decline in the quality of RBs and WRs than QBs as the draft goes along. Rather than drafting Andrew Luck early, because he possesses the highest VOS of the players available, a more optimal roster construction may be achieved by locking up high VOS RBs and WRs early, because once you get to round 8, the average VOS for that running back cohort is less than +1.0. On the other hand, the average VOS for quarterbacks like Ben Roethlisberger and Tony Romo, who were available in round 8 of most fantasy leagues in 2014, was over +3.0.

For background, QBs busted at a rate of 16.7-percent in 2014, which was down substantially from 2013 when QBs busted 23.8-percent of the time. Given the low year-to-year volatility of the quarterback position overall, and the low draft capital-adjusted bust rate of quarterbacks, fantasy gamers can be more confident that their 10th round quarterback will produce at a higher level “above stream” than other positions. How confident?

The annual turnover at the running back position is relatively high, which is expressed both by the low above-stream-recurrence outline above, and by the position’s ~50-percent bust rate over the last two seasons. However, year-to-year instability of the RB position is skewed by the backs drafted in rounds five through twelve. For example, a 10th round running back had a higher than 50-percent likelihood of busting during the last two seasons, while running backs drafted in the first four rounds busted at a 41.5-percent rate over that same span. Paying an “above VOS” premium for the additional stability offered by the early round (1-4) running back may be logical even if the particular running back’s raw VOS is less than the best available quarterback in the early rounds.

What about the tight end position? Rob Gronkowski is being routinely picked in the first round by value-based drafters because of his extraordinary Value Over Replacement Player (VORP) at a position that features a scarce number of productive fantasy assets. However, Gronkowski’s VOS checks in at No. 15 overall. Gronk’s VOS would be higher if it were not driven down by a relatively high overall TE bust rate, which rivals that of the running back position. Therefore, when taking stream replacement value and positional volatility into account, selecting Gronkowski before a top-6 running back or top-6 wide receiver is likely sub-optimal. Drafting Gronk in 2015, similar to selecting Jimmy Graham in years past, likely only makes sense if he is available in the second round or later. In most formats, the first round should be reserved exclusively for running backs and wide receivers.

Further making the case against drafting a quarterback or tight end in the first few rounds, RB1s and WR1s drafted in the first 12 rounds also had a significantly higher Value Over Stream (VOS) than TE1s and QB1s that were drafted in rounds 1-12 over the last two seasons.

To summarize, PlayerProfiler‘s VOS player valuation metric is a helpful guidepost to be utilized during fantasy football drafts. However, selecting players based strictly VOS may not be optimal. A nuanced approach that takes into account an individual player’s raw VOS, while also factoring in the downward slope of the positional round-by-round VOS curve, will often lead to more optimal roster construction.