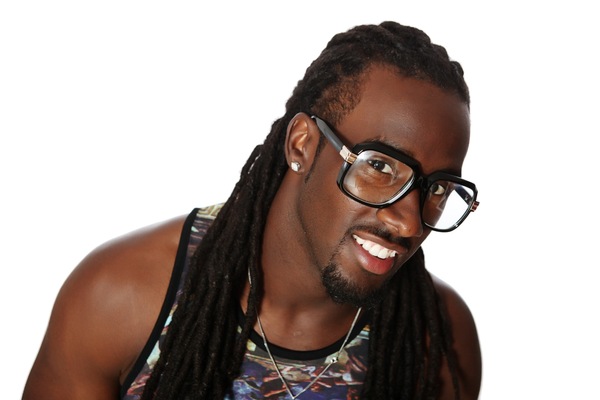 Bad beats were a recurring theme in week 15.  Some teams lost by a fraction of a point, because Javorius Allen fumbled while others were betrayed by star players in dream match-ups like Calvin Johnson.  Fairly or not, if you were eliminated from contention in your home fantasy league, I have good news.

Each week, PlayerProfiler and XN Sports outline noteworthy value plays who could either serve as the cornerstones of an optimal cash lineup and/or add upside variance to GPP/tournament rosters.

It did not take long for Teddy Bridgewater to become a punchline this season.

Teddy Bridgewater is bad. That dude definitely needs to play in a dome, because that is one noodle arm.

Bridgewater’s 13.3 fantasy points per game in 2015 have underwhelmed but is arm strength really the problem?

A more likely explanation is the gauntlet schedule that Teddy Bridgewater has endured this season.  From Denver to Kansas City to St. Louis to Green Bay to Seattle to Arizona, Bridgewater unfortunately faced most the NFL’s top defenses in his second year in the NFL.  Facing off against the NFL’s best defenders most weeks combined with the inherent complexities and challenges of learning the NFL’s version of the quarterback position.  Moreover, second-year starting quarterbacks often struggle to adjust to NFL defenses that possess “the book” on Bridgewater’s tendencies and weaknesses.  In this context, Teddy Bridgewater’s efficiency decline from 2014 to 2015 has been natural and expected.

Then, something happened over the past two weeks… Teddy Bridgewater has been both efficient and prolific.  Bridgewater is averaging 22 fantasy points per game propelled by 10.1 yards per attempt over the last two games, including 335-yards against the Arizona Cardinals’ efficient defense.

In week 16, the Vikings face a Giants reeling pass defense that just allowed Cam Newton to ring up more than 40-fantasy points and is allowing 26.3 (second most) fantasy points per game to opposing quarterbacks this season.  Blessed with a rare friendly match-up, Teddy Bridgewater is a reasonable bet to quadruple his $5,200 salary on DraftKings this week.

LeSean McCoy suffered a torn MCL in week 15, and the newly eliminated Buffalo Bills have no incentive to win in week 16 other than helping Rex Ryan save his NFL coaching career.  Conflicts of interest aside, shutting down McCoy for the remainder of the season is rational and the chances that he plays in week 16 are incredibly thin.  Fire up Karlos Williams, the last NFL running back that I would attempt to tackle.

Karlos Williams possessed an exciting prospect profile when he declared for the NFL Draft.  A former college defensive back, Williams was converted to running back in 2013 and teamed up with Devonta Freeman in the Seminoles backfield to help Florida State win a National Championship.  That season, Williams averaged an astounding 8.0 yards per carry.  Sharing a backfield with Dalvin Cook in 2014, Williams’ YPC crashed, but he added an important skill to his resume: pass catching.  Williams caught 29 passes in 2014 up from a meager eight the year before.  Then, at this year’s NFL Scouting Combine, Williams posted the highest Speed Score (114.2) of any RB in the 2015 rookie running back class.  Karlos Williams has been one of the NFL’s most efficient running backs this season evidenced by a +64.9 (No. 3) Production Premium on PlayerProfiler.com.

Karlos Williams has been a quick study learning the running back position and his trajectory points to a exceptionally high ceiling depending on his role.  Based on Williams’ physical attributes, college resume, and 2015 efficiency, the Bills can confidently deploy him in all phases of the game in week 16.  Fortunately, Buffalo faces a Dallas Cowboys defense that is allowing 27.3 (fifth most) PPR fantasy point per game to opposing running backs this week.  Karlos Williams is shaping to be a popular upside play on DraftKings in both cash games and tournaments.

Odell Beckham’s suspension was shockingly upheld after he tried to kill Josh Norman last weekend.  Dwayne Harris is now in line to start in week 16.

At first glance, Harris’ match-up appears disadvantageous.  While the Giants face a the Minnesota Vikings allow only 34.6 (20th most) PPR fantasy points to fantasy wide receivers, the Vikings have been specifically inefficient defending team No. 2 WRs demonstrated by a +14.6-percent (seventh least efficient) DVOA against team No. 2 wide receivers.  Priced at the minimum on DraftKings, playing Dwayne Harris allows DFS grinders to afford an additional high ceiling stars elsewhere on the roster.

Will Tye is one of the most unheralded rookie breakout stars in recent fantasy football memory.  Tye was the TE7 last week exceeding 15-fantasy points versus Luke Kuechly and the Carolina Panthers.  Beyond week 15, Will Tye has averaged 10-plus fantasy points in each of the last five weeks since taking over for the ever-underwhelming Larry Donnell.

Will Tye is more than just a guy.  Tye’s prospect profile features both explosive athleticism and college dominance evidenced by a 111.4 (85th-percentile) Height-adjusted Speed Score (HaSS) and his 36.1-percent College Dominator Rating.  After a cursory review of Tye’s advanced metrics, it is no surprise that he has the been the most productive rookie tight end in the NFL this season.

While Minnesota allows a mere 12.2 fantasy points per game to opposing tight ends, a +16.3-percent (seventh least efficient) DVOA against the position indicates that the Vikings have nonetheless been inefficient defending tight ends this season. With Odell Beckham suspended for week 16, Will Tye is poised to exceed his season high in targets (8) and fantasy points (15.3) as one of Eli Manning’s primary options.  Given his role and situation, Tye is the best-value tight end on DraftKings this week.