David Johnson is the Johnson to Grab 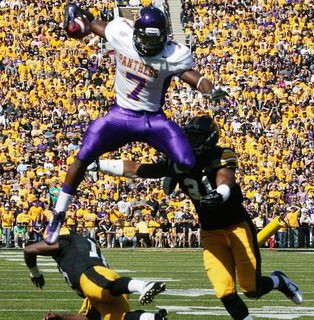 Last Night a DJ Saved My (Fantasy) Life.  David Johnson that is.

Andre Ellington is a darling of the narrative-based fantasy community.  Ellington put up an efficient 2013 season: 5.5 yards per carry (3rd in the league) and a +20.0 Production Premium (13th among NFL running backs). With a small snap share and opportunity share in 2013 as a result of splitting time with noted poet Rashard Mendenhall and some awful combination of Stepfan Taylor and Alfonso Smith, much was expected of Ellington in 2014 once he elevated to the top of the depth chart.  Arizona gave him a ton of work as he ranked No. 7 in Snap Share and 5th in Opportunity Share, but his efficiency drastically declined with a heavier workload.  His -4.5 Production Premium ranked No. 47 and his yards per carry dropped to 3.3.  The narrative buzzards write off 2014’s inefficiency, because Ellington fought through a lingering sprained foot and hip pointer, and get very excited about the combination of a healthy Ellington in 2015 and crusty coach speak from Bruce Arians promising 20-touches a game.

For perspective, during Andre Ellington’s efficient 2013, he averaged 12 touches a game once he got a real snap share in Week 3.  During his inefficient 2014, he averaged 22 touches a game before he was shut down for the season.  Ellington has shown that he cannot efficiently handle an increased workload as the workhorse.  His athletic profile is similarly disappointing, as his 40 time is barely above average, he has below average burst, very low BMI, and was not productive in college on a relative basis.

It’s one thing to believe the coach when he verbally leans on a player as his workhorse, but it’s more telling when a team does something very different. After witnessing Ellington’s 2014 season, the team drafted David Johnson in the third round and signed a washed-up Chris Johnson during training camp. Chris Johnson is camp fodder: He signed for the veteran minimum and he was even more inefficient than Andre Ellington in 2014 with a -14.7 Production Premium (58th) and a low juke rate. He is safe to ignore on the depth chart.  The larger Johnson is the one you want to get your hands on [Ed. note:  Heh.].  His workout metrics are outstanding – he’s fast, bursty, agile, and strong.  While he played at a smaller school, he was an integral part of the offense with a 40.8-percent College Dominator Rating.

Despite this impressive profile, the common refrain is that David Johnson is a substitute for Ellington rather than a compliment, causing film junkies to predict a backup role for Johnson this year.

No role yet for rookie RB @dajohnson7 but it’s likely to parallel what @AEllington38 does for #AZCardinals http://t.co/qewelH9GvH — Darren Urban (@Cardschatter) June 9, 2015

Even if Johnson “can’t run inside” or is “just a pass catcher”, the choice between two backs, one who is small and slow, and the other who is big and fast, is self-evident.  David Johnson will become the Arizona workhorse back sooner rather than later.

Kerwynn Williams – The Other Workhorse

When this occurs, Ellington is not even the second best workhorse on the roster.  It’s not the little Johnson either: it’s Kerwynn Williams. It may have been missed at the end of last season, but he had three games with a higher than 50-percent Snap Share in 2014 and produced every time, averaging more than 80 yards per game on 4.7 yards per carry.  His athletic profile is not as exciting as David Johnson‘s, but he posted impressive rushing numbers as Utah State’s workhorse.  His College Dominator Rating was in the 74th-percentile and his 6.9 College YPC was in the 93rd-percentile — extraordinary.

If something were to happen to David Johnson, Kerwynn Williams’ profile and previous production at both the college and professional levels demonstrated that Williams is capable of succeeding in all phases as Arizona’s primary running back.

It’s time to sell high on Andre Ellington.  Even if the “Ellington and Johnson have similar roles” rhetoric is true, Johnson is bigger and faster than Ellington with a superior receiving background.  There simply isn’t anything Ellington can do that Johnson cannot likely do better.  The only thing keeping Johnson from a workhorse role is an Ellington injury and/or time.  Invest before its too late:  ignore the noise surrounding the Arizona backfield and buy David Johnson and Kerwynn Williams.