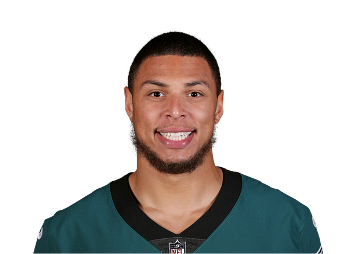 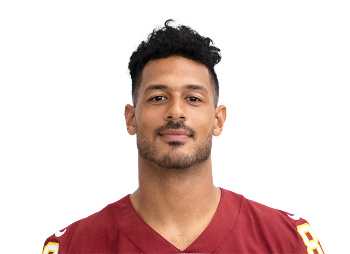 An MRI exam on Sunday revealed that Philadelphia Eagles ...

Who is Tyree Jackson

Tyree Jackson posted exceptional workout metrics as a quarterback prospect heading into the 2019 NFL Draft. He ran a blistering 40 time of 4.59, helping him to a 94th percentile Speed Score of 116.0. Jackson also boasted an incredible wingspan of 10.31. His hand size was a massive 10 1/4" He was not drafted but did sign a contract with the Buffalo Bills as an undrafted free agent. He did not make the final roster heading into the 2019 season. Jackson saw some action as a backup quarterback in the 2020 XFL season. But before the 2021 season, he decided to switch to tight end. He impressed the Eagles during the preseason, and despite suffering a back injury during training camp the team signed him to the active roster. Jackson recovered to make his season debut in Week 9, and he went on to play in the Eagles' last nine games of the season. He played 22.8 percent of the Eagles' snaps. He drew five of his seven targets in Week 18 against the Dallas Cowboys, catching three for 22 yards and his first NFL touchdown on 21 routes run. 21 of his 22 yards came in YAC, though Jackson did draw 70 air yards in 2021. Jackson also suffered an ACL injury in the game, putting his availability for the start of the 2022 season in doubt. This will be unlikely to affect his fantasy ranking, given his likely very late ADP.