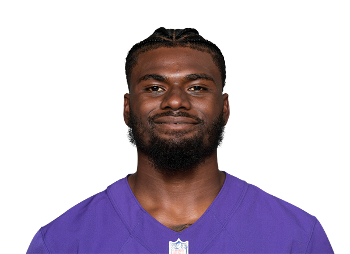 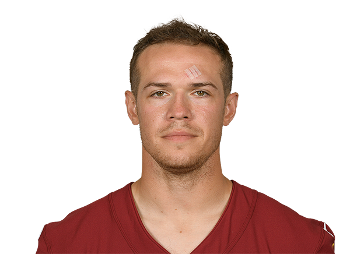 Who is Tyler Huntley

When Tyler Huntley did throw, his college stats were solid, leading the 2019 Pac-12 with a 10.3 (93rd-percentile) Yards per Attempt, 73.1-percent Completion Percentage and 8.4 Yards Per Play; besting, among others, Oregon’s Justin Herbert in all these categories. His career 8.6 Yards per Attempt ranks third in Pac-12 history, behind only Marcus Mariota and Andrew Luck. While he rushed quite a bit for the Utes, he was not particularly effective, posting only 2.9 Yards Per Carry across 389 career rushes.

Despite leading his team to a Rose Bowl appearance, Huntley's Pac-12 numbers, an 80.5 (73rd-percentile) College QBR and a 4.61 (92nd-percentile) 40 time, Huntley went undrafted in 2020. He eventually signed with the Ravens to back up Jackson and Robert Griffin III. During his rookie year, he saw just a handful of late-season snaps, mop-up duty in routes over Jacksonville and Cincinnati.

In 2021, Huntley returned as backup to Jackson, this time alongside Josh Johnson. When Lamar was ruled out due to illness for Week 11 vs Chicago, John Harbaugh turned to Huntley, who responded by helping the Ravens overcome two fourth-quarter deficits & pull off a last-minute win. Jackson returned the next week, but left early in Week 14 due an ankle injury. Again, enter Huntley. This time, in just under three quarters, he threw for 270 yards and a score, and rushed for 45 more yards. While his efforts fell short by a two-point conversion in the final minute, he showed enough poise to be given three more starts the rest of the way.

Huntley didn’t post particularly strong passing efficiency metrics in 2021, finishing outside the top 32 in air yards, yards per attempt, deep ball completion percentage, completion percentage under pressure and No. 24 in Next Gen Stats’ Expected Completion Percentage. Most importantly for Huntley, though, he earned the confidence of Baltimore’s coaching staff. In Huntley’s four starts, with the help of his rushing yards - his 6.3 yards per carry just slightly behind those of teammate Lamar Jackson, Huntley posted one No. 1 overall QB fantasy ranking and two QB2 performances.