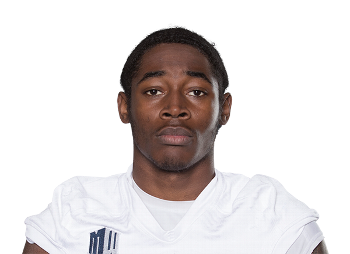 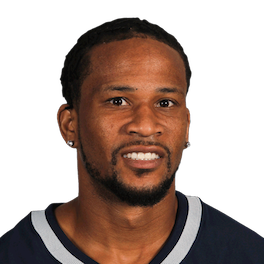 Romeo Doubs was a 3-star prospect out of Los Angeles, CA and broke out as a sophomore at Nevada. During his time with the Wolfpack, he consistently put up 500 yard seasons, maintained a 15%+ target share, and contributed on special teams as a returner. Scouts noticed his production at Nevada and he earned an invite to the 2022 NFL Combine. The Combine only invited 14 players from the Mountain West conference, solidifying him as a receiver to watch moving forward. Doubs’ production aged like fine wine, improving in receptions, yardage, touchdowns, and catch rate each year. Read More

Romeo Doubs Could Have Increased Role

Who is Romeo Doubs

As a freshman in 2018, Doubs was productive, finishing the season 3rd in receptions and 3rd in yards on a Nevada team that hadn't started using Carson Strong yet. He finished the season with a 15% target share, 43 receptions, and 562 yards. The highlight from this season came against Colorado State where he caught 8 balls for 120 yards and 2 touchdowns.

2019 would mark the first year of the Carson Strong era and the breakout season for Romeo Doubs. His dynamic playmaking ability was displayed against New Mexico where he had 11 rec for 167 yards and a score. He finished the season 2nd in receiving yards and receptions. This marked the 2nd consecutive season that he would have 500+ receiving yards and 43+ receptions, while maintaining a 15% target share.

In his junior season, Romeo Doubs became the alpha Wolf of the Wolfpack after Elijah Cooks went down in the season opener. Doubs seized the job, leading the team in receptions and yardage, while tying fellow NFL hopeful Cole Turner in touchdowns (9). The two most impressive parts of his 2020 resume were the increased target share (up to 25.90% per PlayerProfiler) and catch rate (62.4%, an increase of 3.7% from his breakout season the year prior). His production was also completed through one less game. While 2020 was a down season for most, it certainly wasn't for Romeo Doubs.

Returning in 2021, Romeo Doubs was one of three receivers that were back on campus following 1,000+ yard seasons in 2020. He'd go on to add another 1,000+ yard season when he finished his senior year with 80 receptions for 1,109 yards and 11 touchdowns. One item of note, his target share dropped below 20% per PlayerProfiler advanced stats. However, this should be viewed as a dilution of targets due to an increase in pass attempts by Carson Strong (from 355 in 2020 to 522 in 2021) and not a knock on Doubs as his production seemed to not be bothered by the smaller target share. Romeo Doubs attended the Senior Bowl, where PlayerProfiler’s own Cody Carpentier observed that Doubs did not handle man coverage well.

Romeo Doubs was selected in the 4th round of the 2022 NFL Draft by the Green Bay Packers. Giving the Packers credit for their receiver selection, Doubs gets some benefit of the doubt with Watson and Lazard being there too. The knock is the narrative that Rodgers throws to guys he meshes with.