This is the Post-Season AFC South Report! Where does each AFC South team stand as they enter the offseason? What will each team do in the NFL Draft? What does each team need to do to position themselves better in 2023? 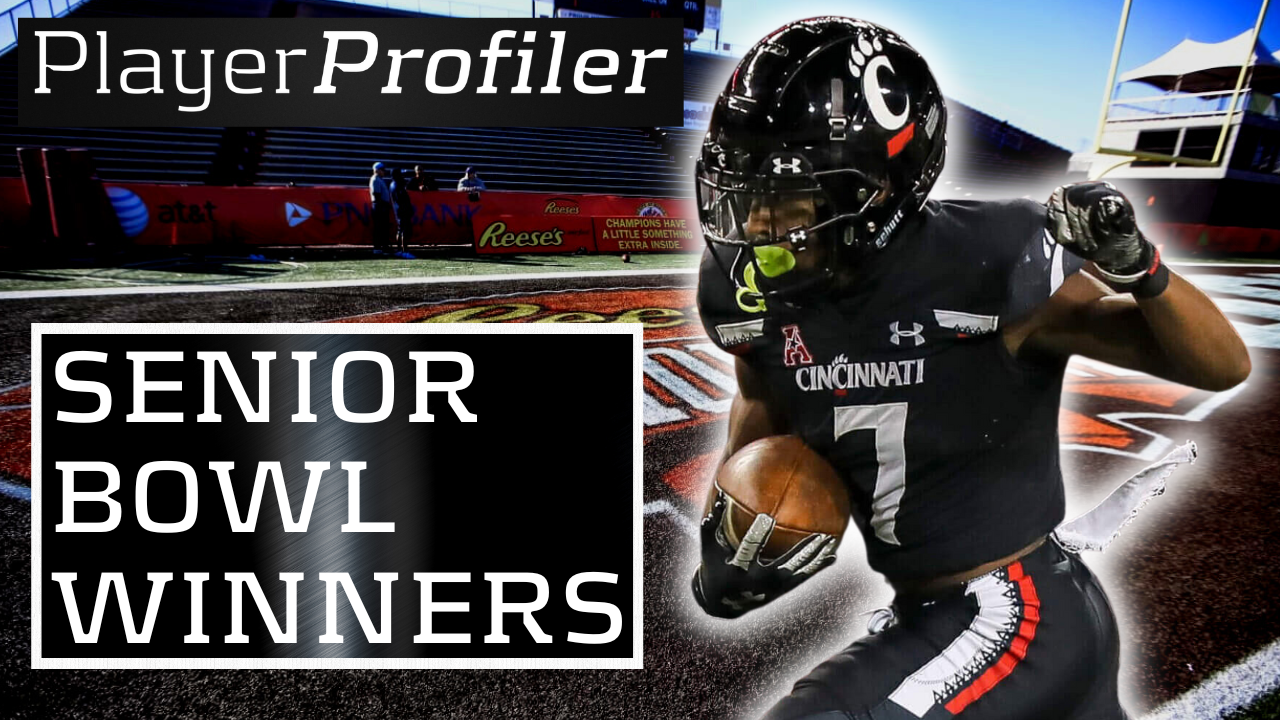 After a great week in Mobile, Alabama for the 2023 Reese’s Senior Bowl, practices and the game are in the books. I’m now settled into the Airbnb in Phoenix for the Media Week of Super Bowl 57. But before the Super Bowl content starts flowing, it’s time to talk about the Winners of the Senior Bowl for our Fantasy Football Rosters. 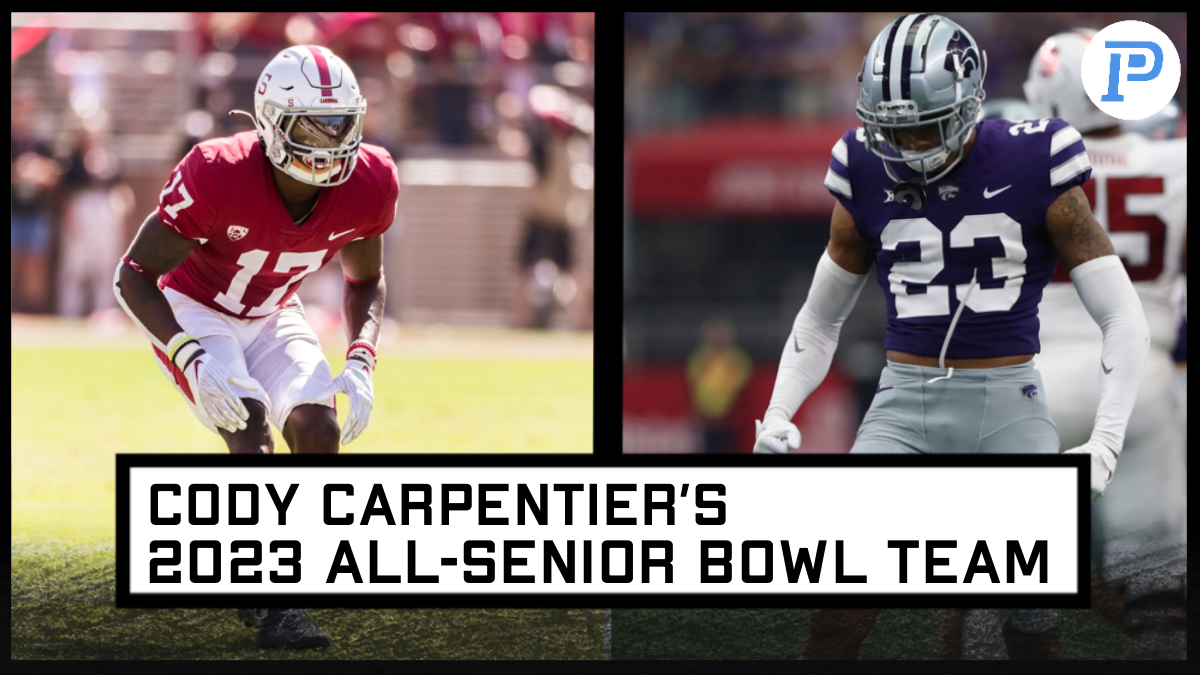 Say “Hello” to the 2023 PlayerProfiler All-Senior Bowl Roster, who most impressed me in Mobile over the past week, with not only their on-field skills but also their off-field temperaments and personalities as professionals during the week of practices. Some of these players will shine bright in the NFL, and it is our goal to uncover as many studs as possible. Thanks for following along and checking out the Top Prospects from The Reese’s Senior Bowl Practices. 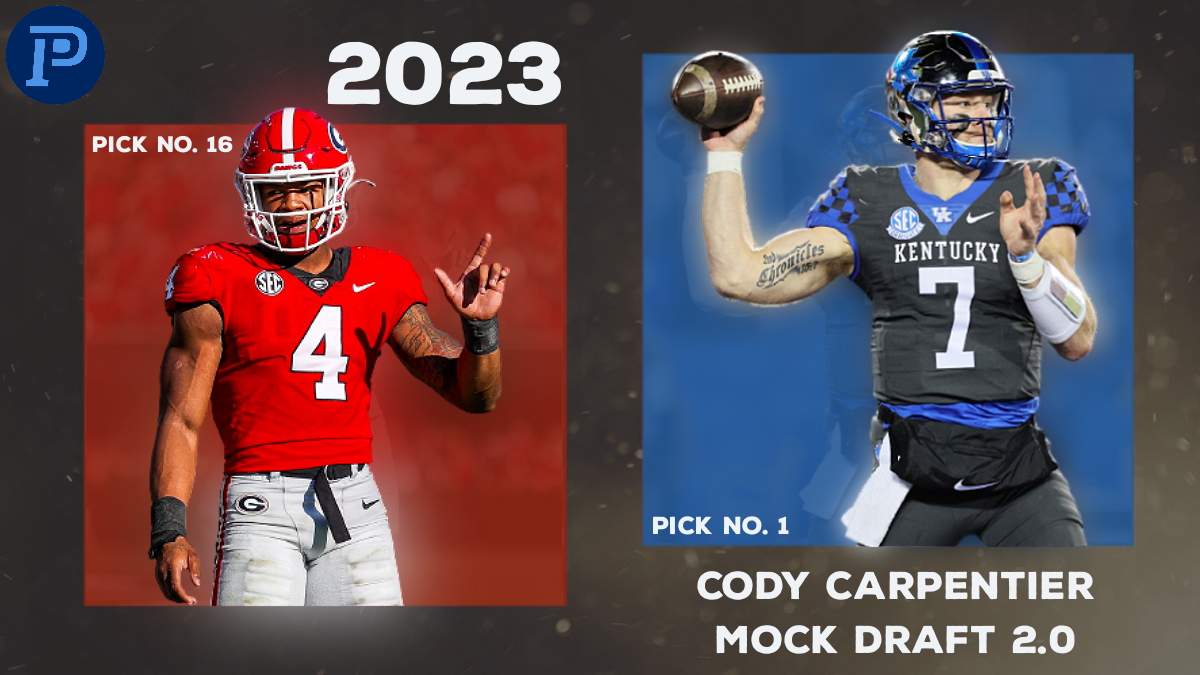 As NFL Conference Championship Weekend nears, there are four teams currently waiting in the balance on draft position. Kansas City, Cincinnati, Philadelphia, and San Francisco, but none of their fanbases are even thinking about the draft.. their eyes are deadset on the Phoenix sunlight, beaming in from the West! Before I make the trek south to Mobile, Alabama with The Podfather, Alex Dunlap, and The Trashman, and across the country to see Dario in Phoenix for Super Bowl week, I am dropping in to bring you the second iteration of my 2023 NFL Mock Draft Series. 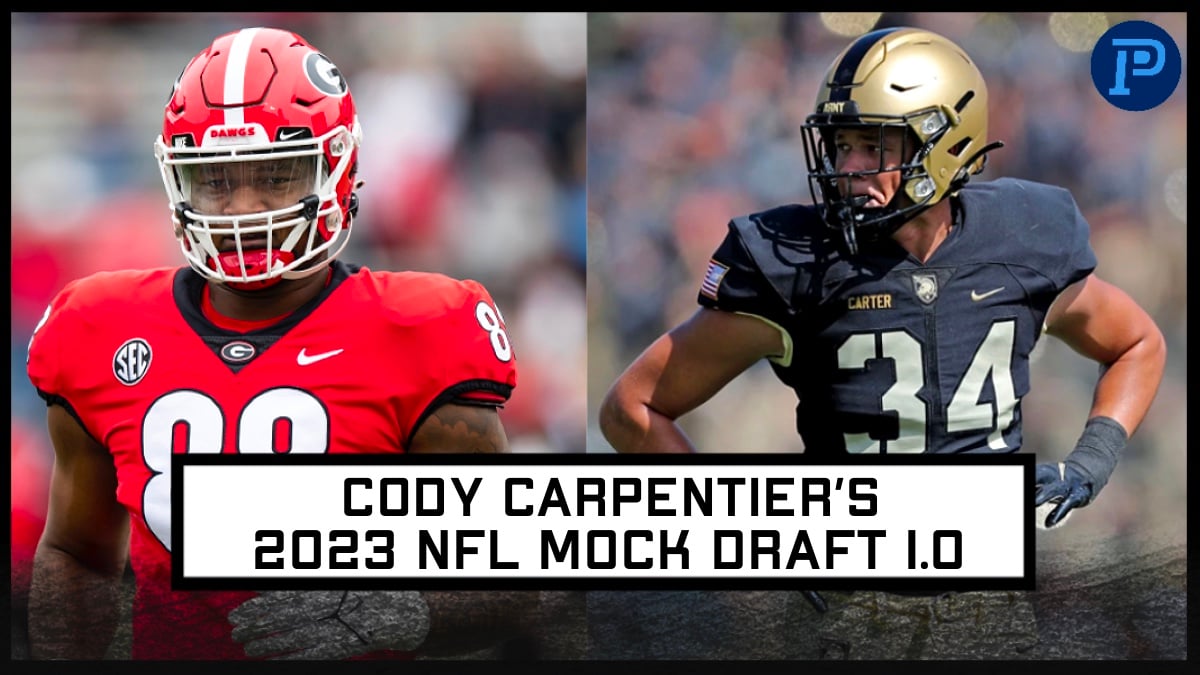 The Packers have a clear need for weapons, after spending 12 of 17 draft picks in Rounds 1 and 2 on the Defense since 2015, the Packers attempted to trade up for Christian Watson into Round 1 of the 2022 Draft. In 2023, they finally address it and they do it early.

It just hasn’t worked out for Derek Carr in Las Vegas… or Oakland. The Raiders have a $5.6 Million dollar dead cap OUT in Carr’s contract after the 2022 season that will allow Las Vegas to move on and get Josh McDaniels a quarterback of choice in C.J. Stroud. 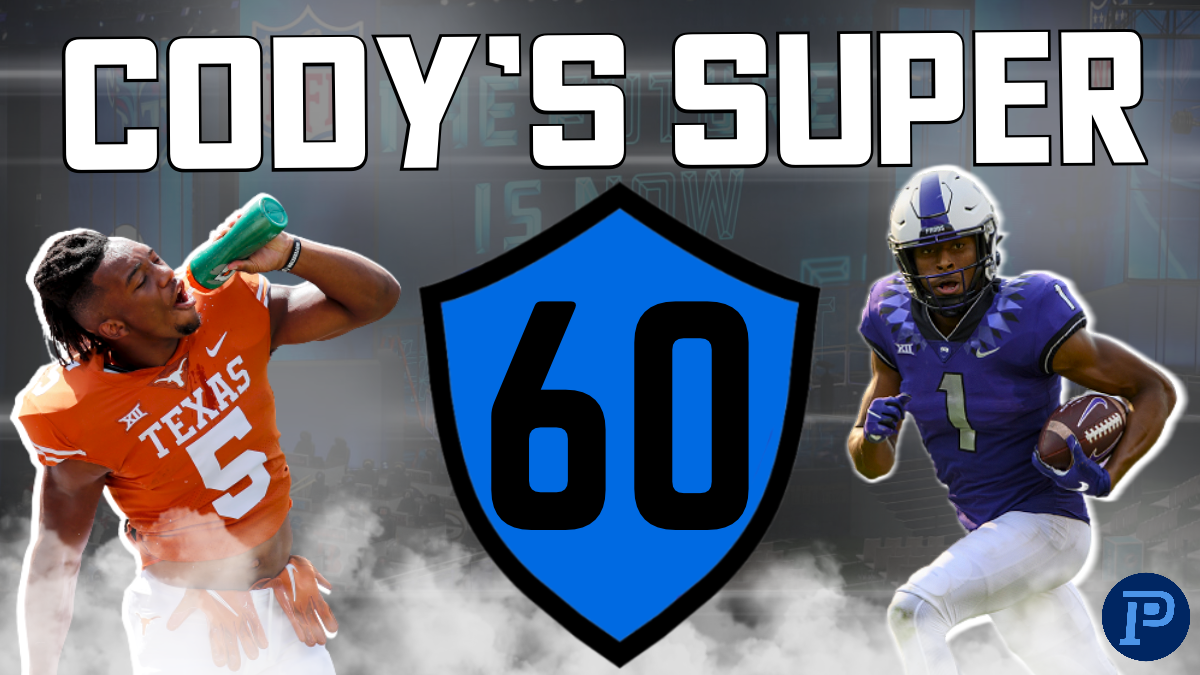 Did you think NFL Draft Season was over? It’s not, today is Labor Day and there is no better time to expand on the “Intro to the 2023 Class” series than to move into my Super 60 Prospects entering the 2022 College Football Season. 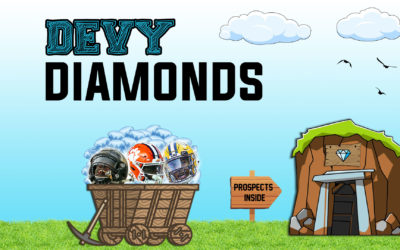 Raheim Sanders came into Arkansas as a 4-star prospect who stood 6-2 and weighed 220. Size is always a must when it comes to analyzing Devy running backs. I am sure most fans get tired of reading it and I get tired of saying it but the same mistakes continue to manifest every season. Luckily, Sanders (who has the nickname Rocket) already has the requisite alpha size. 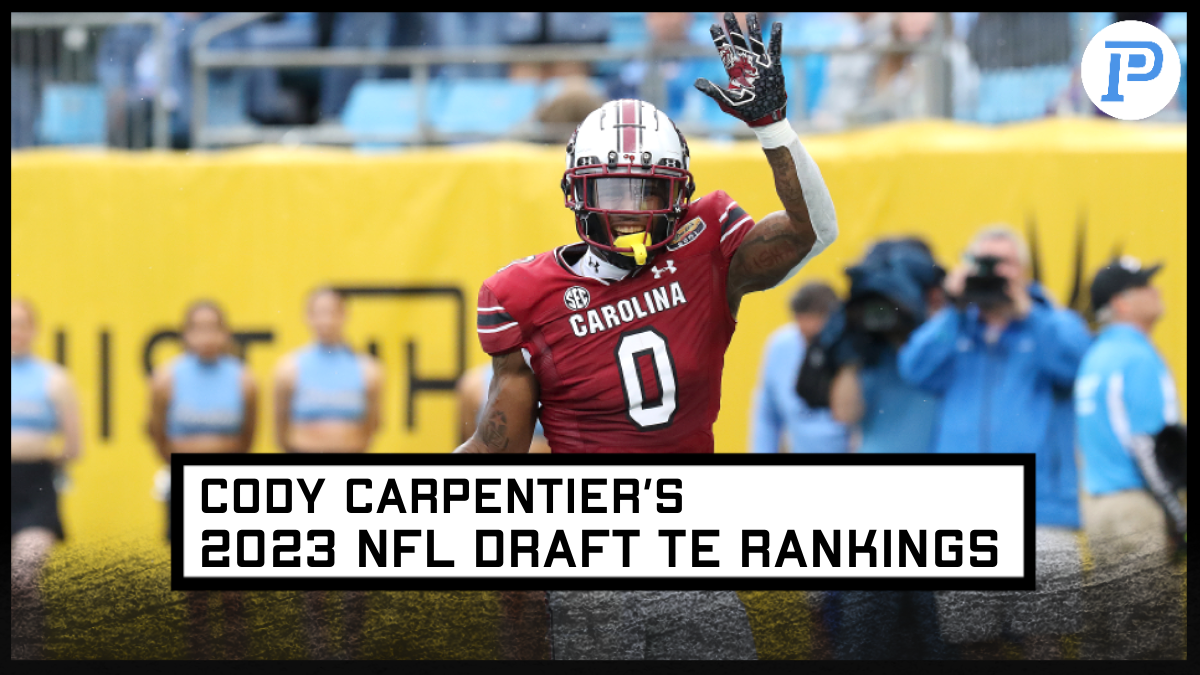 The most interesting prospect in the 2023 NFL Draft Class, Arik Gilbert received the no.1 rating by a TE recruit of all time per 247 sports. Gilbert started his college career at LSU in 2020 at less than 245 lbs, where he finished with 35 receptions for 368 yards and 2 touchdowns. After the turmoil and off-field issues, Gilbert left the program and was away from football in 2021. During the 2021 season, Georgia won a National Championship and found a unit at Tight End in freshman Brock Bowers who compiled almost 900 yards. Entering the 2022 College Football season, the duo of Arik Gilbert and Brock Bowers looks to be the best since Noah Fant and T.J. Hockenson at Iowa. Gilbert has the athleticism and upside to overtake Michael Mayer as the top tight end in the 2023 NFL Draft Class, but it will take complete dedication and drive from Gilbert in 2022. On the field, there are few limitations – Gilbert’s immediate burst is a question, but once he is on the move, as a YAC monster, Gilbert is unstoppable when he wants to be. 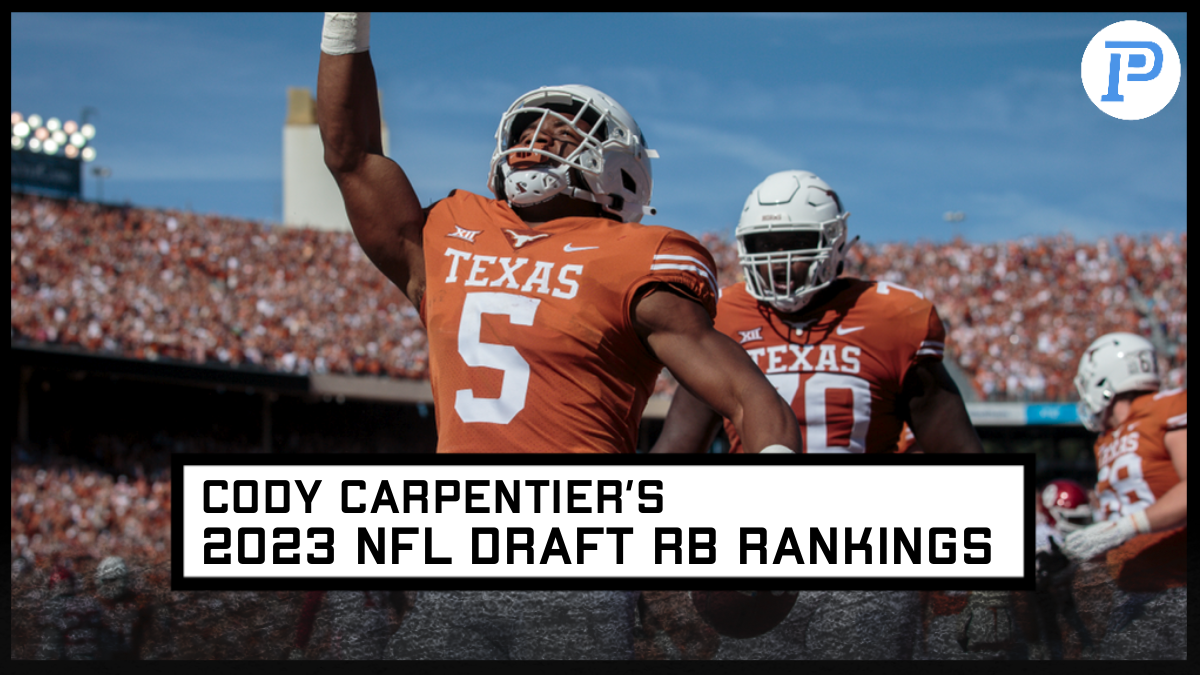 Intro to the 2023 NFL Draft Class: Running Back

There is a lot of projecting to be done with MarShawn Lloyd entering the 2022 College Football season. But South Carolina is a sleeping giant in the making, and with Lloyd’s 4-star pedigree, he is my favorite running back in the class to take that much-needed next step. Throughout the recruiting process, Lloyd had offers from Alabama, Clemson, Georgia, Ohio State, and Texas to name a few, he had his choice and the former high school sprinter chose to stay “close” to home in Maryland by attending South Carolina. On the second day of his true-freshman fall camp, Lloyd Tore his Left ACL and was forced to miss the entire season. 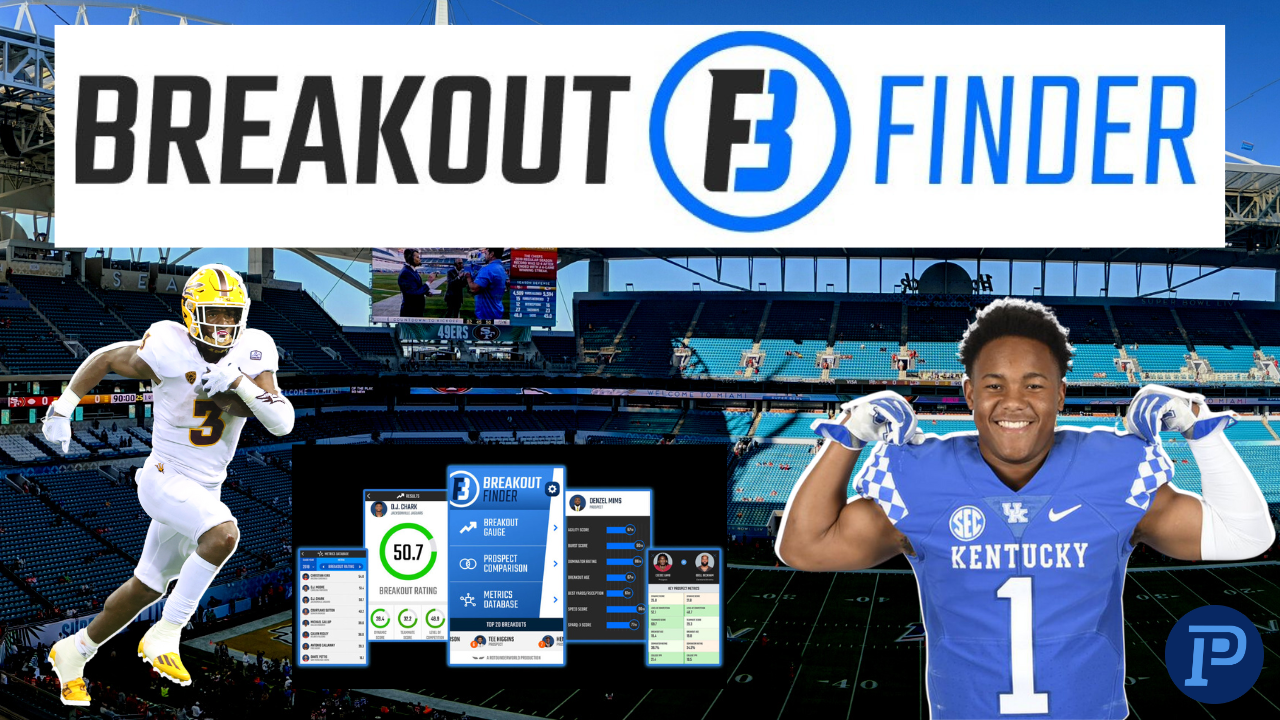 Many analysts may disagree on conclusions from an NFL prospect’s film. They also disagree or how to interpret their production. The Breakout Finder attempts to eliminate bias. The app uses machine learning to predict how likely a prospect is to have a prominent fantasy season upon their selection (or lack thereof) in the NFL Draft.