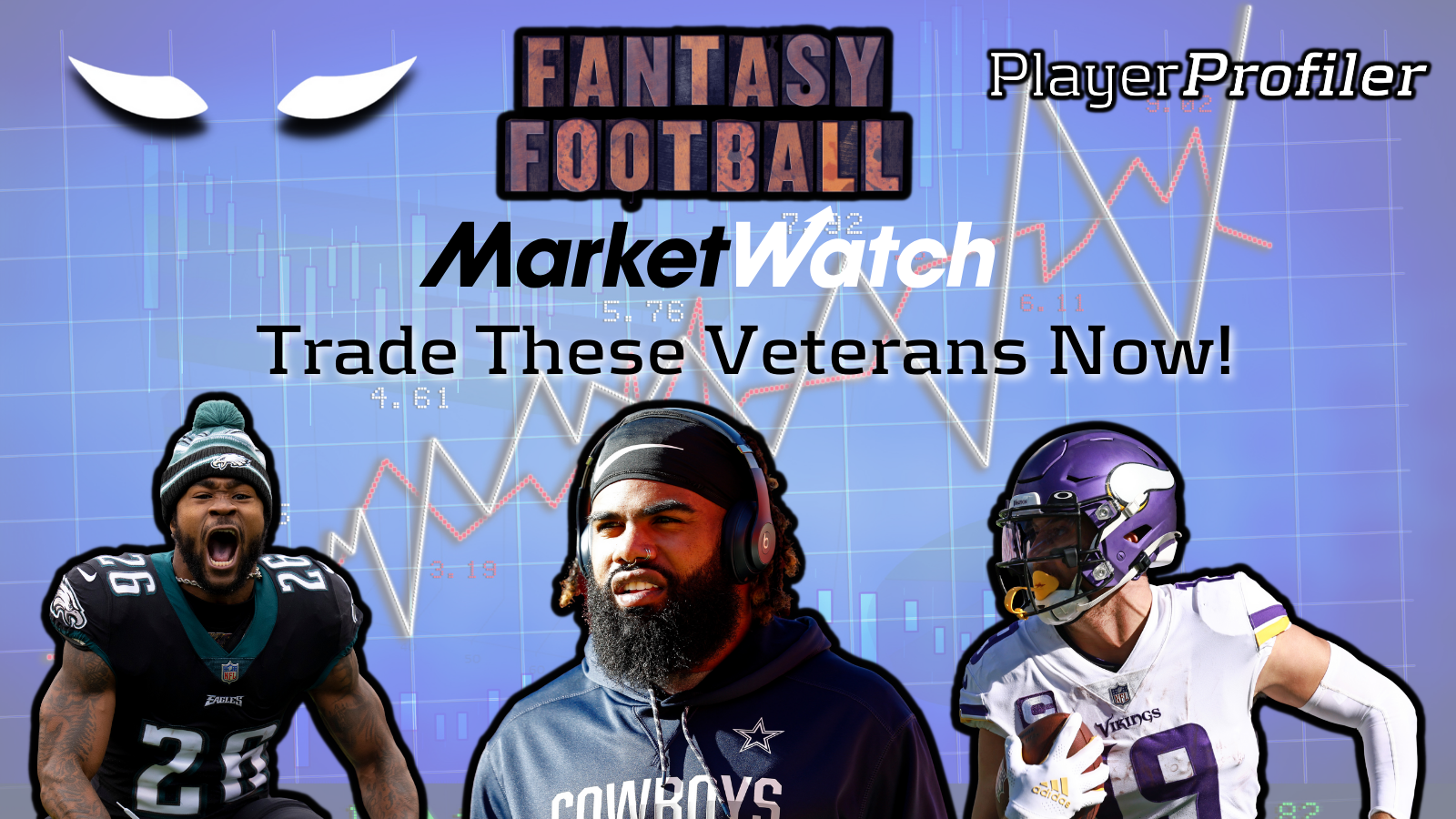 From 2020 to 2021 Ezekiel Elliot has seen a decline in Opportunity Share, Yards Created, and Dominator Rating. Zeke’s Opportunity Share fell more than 14-percentage points and for the first time in his entire career he finished outside the top 25 in Dominator Rating. The tailback is becoming less and less of a factor in the passing game. He may have been the RB7 overall but he was RB15 on a points per game basis. Get out now before the bottom completely falls off.

Not only has Miles Sanders witnessed a downtick in opportunities, he was also less effective when he had the ball in his hands. He has fallen outside the top 30 running backs in PlayerProfiler’s Dynasty Rankings. This may be the last chance to move on from the Philly tailback. Will team builders get 100-percent return? Absolutely not, but in short order, his value may drop to zero. So get out now! 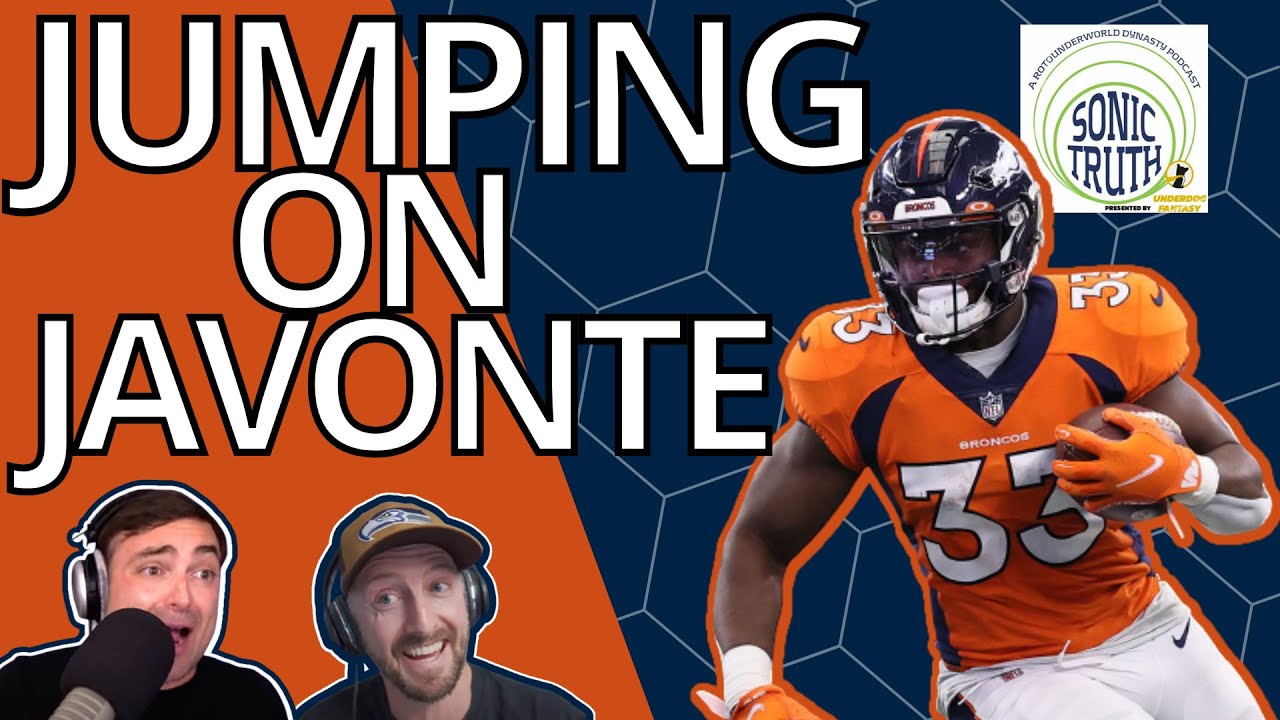 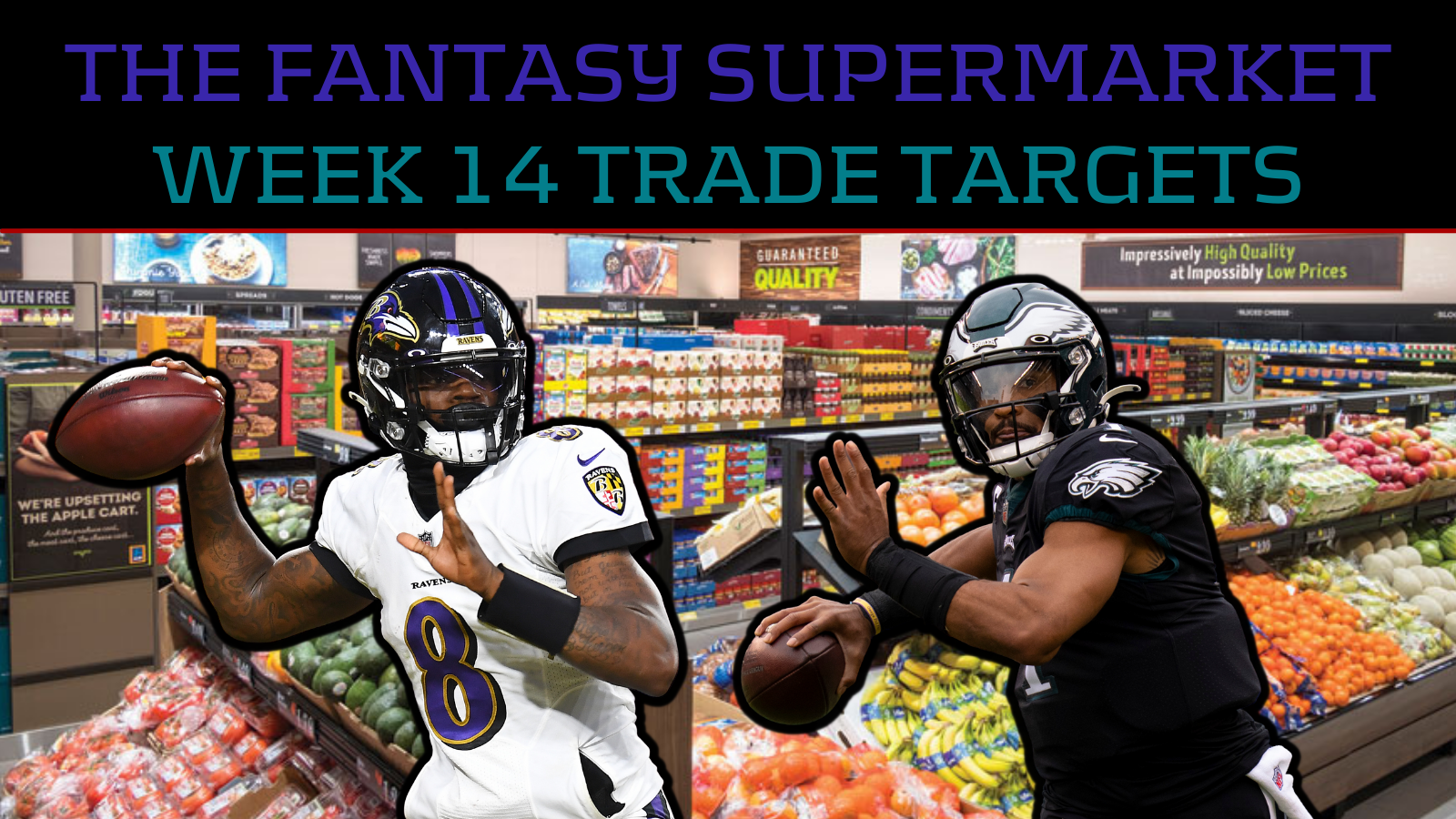 Jalen Hurts and Lamar Jackson are two upper echelon Konami QBs. Neither of these players are true “buy low” candidates, but their values have dipped recently. Both players are elite rushers and, while they aren’t the most efficient passers, they have the capability to explode through the air. Having an elite Konami QB is the key to winning championships, and this is your last chance to secure one.

Don’t look now, but Elijah Mitchell is a workhorse back. He’s received at least 25 touches in three straight games, and set a career high Snap Share in week 13. He has the athletic profile, he’s in the right offense, and he’s getting all of the carries. He’ll miss this week with a concussion, but after that it’s wheels up. Mitchell is a top five back for the rest of the season, and the season’s final buy of the week. 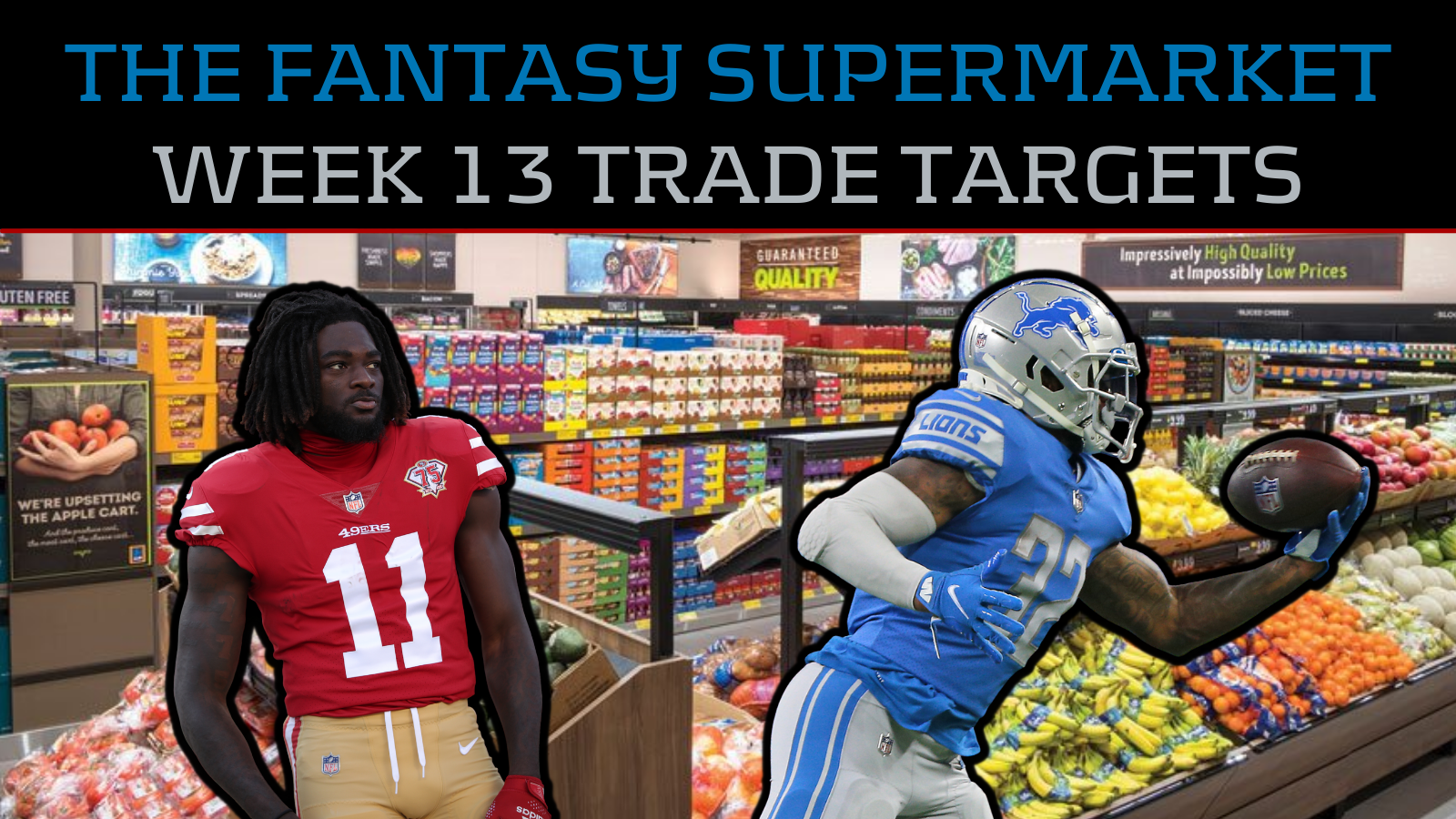 Aaron Jones and D’Andre Swift are both efficient runners PPR monsters. They both currently sit in the top 10 in Target Share and Yards Created. Jones is the RB2 version of Swift, as Swift is seeing absurd touch totals. Both players, at their respective price, can turn your team from a dark horse to a championship favorite.

Jarvis Landry and Brandon Aiyuk are two receivers who are potential league winners. With the Browns now without Odell Beckham, Landry is seeing alpha-level Target Shares and will be the main focus of the passing game. Aiyuk has turned his slump around in a major way and now won’t have Deebo Samuel alongside him for the foreseeable future. 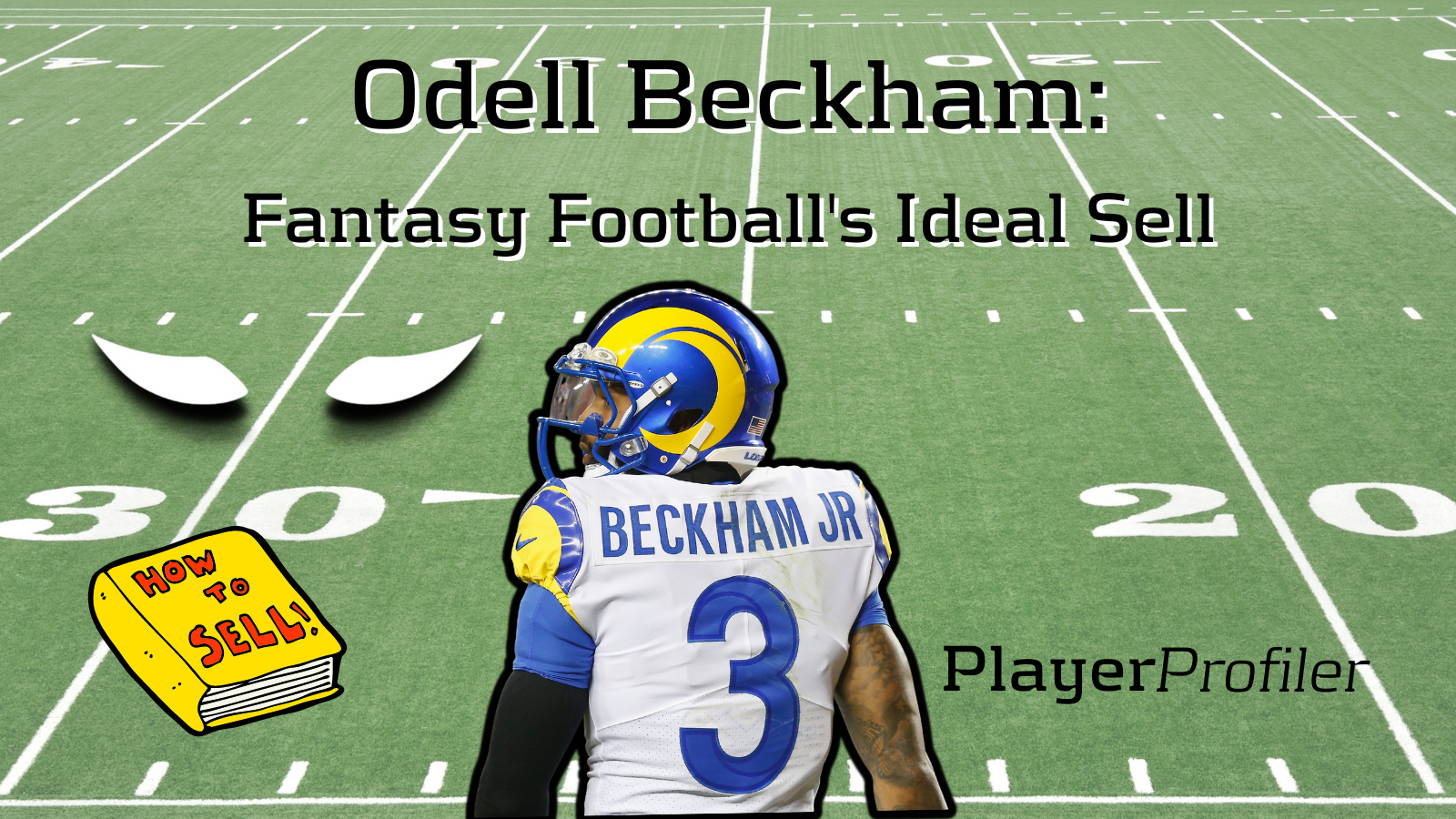 Once Antonio Brown and Stefon Diggs found their new homes in Tampa Bay and Buffalo, they thrived with the change of scenery. One would assume Odell Beckham will thrive in the Rams offense, especially after they lost Robert Woods for the rest of the year with a torn ACL. However, I am here to make the argument that it will not be much of a difference.

In negotiations to deal Odell Beckham, make sure you point out his ability to still get open and how he will be a week-winner for their team with his big play potential. Also, argue for Matthew Stafford’s MVP case and how he will feed Beckham now with Robert Woods out. Beckham will be better now that he is out of Cleveland, but that is not a high bar to clear. Leave that headache for someone else and get yourself a second-half rebound candidate. 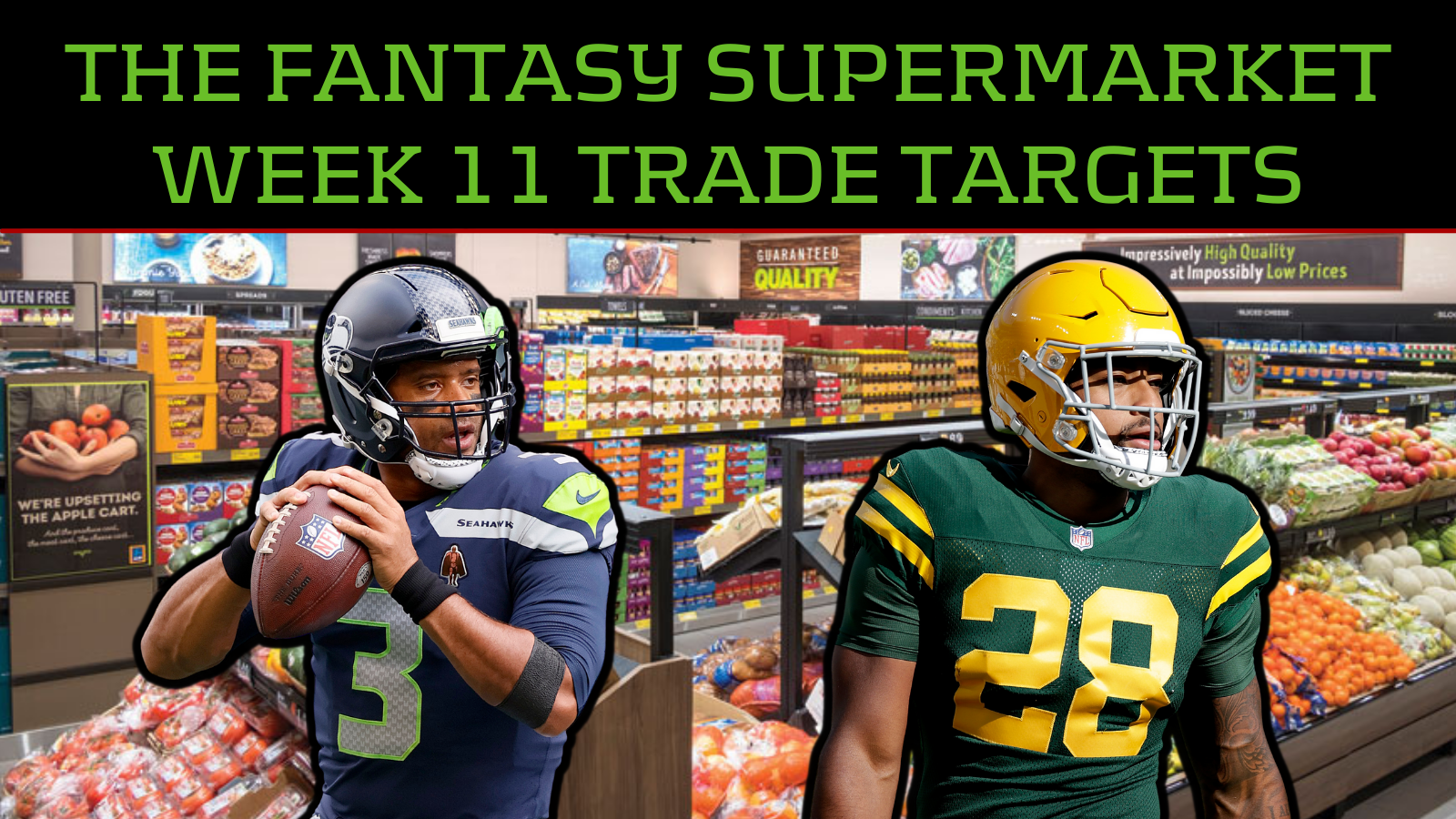 Russell Wilson is a dual-threat gunslinger who’s addicted to elite fantasy performances. He face-planted on his return from injury, which creates the perfect bye window going into a league-winning schedule. Odell Beckham is going to be heavily involved in the Rams offense. He is a home-run swing, but his potential is worth the risk.

A.J. Dillon is a size-speed specimen, stepping into a bell-cow role. Though Aaron Jones will likely return this season, Dillon is going to smash in the meantime and stay relevant when Jone returns. Whether you’re a contender or looking for a playoff push, Dillon can give your team the edge it needs. 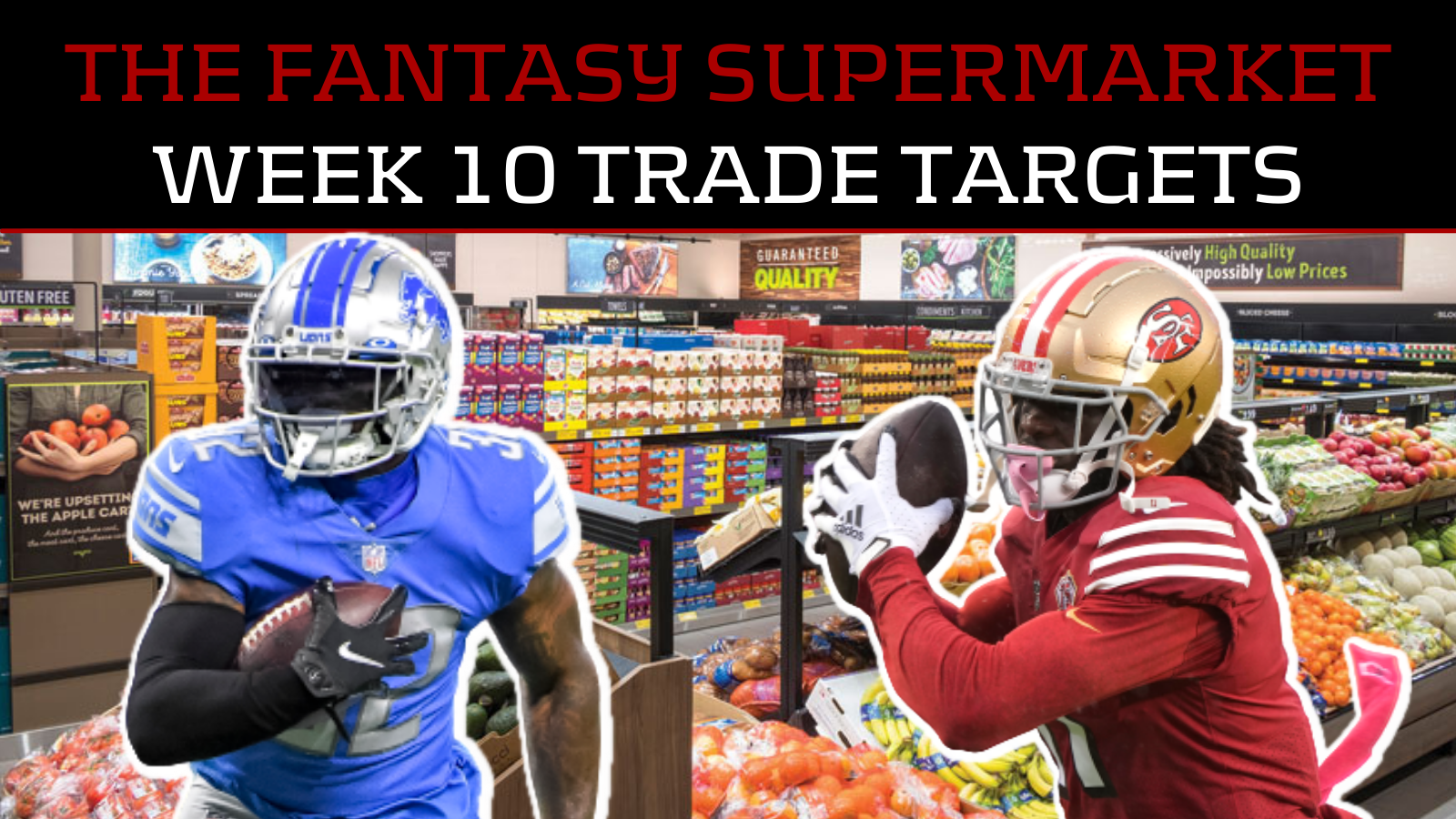 David Montgomery and D’Andre Swift are both workhorse running backs who are involved in the passing game, but play at two very different levels. Montgomery is an RB2 with RB1 upside, while Swift is an elite bell-cow and a league winner.

The Brandon Aiyuk comeback game has finally arrived. He ran a route on all of Jimmy Garoppolo’s 40 pass attempts, and set season highs in all of PlayerProfiler’s listed box score stats. Aiyuk is returning to normal usage, out of Shanahan’s dog house, and this week’s buy of the week. 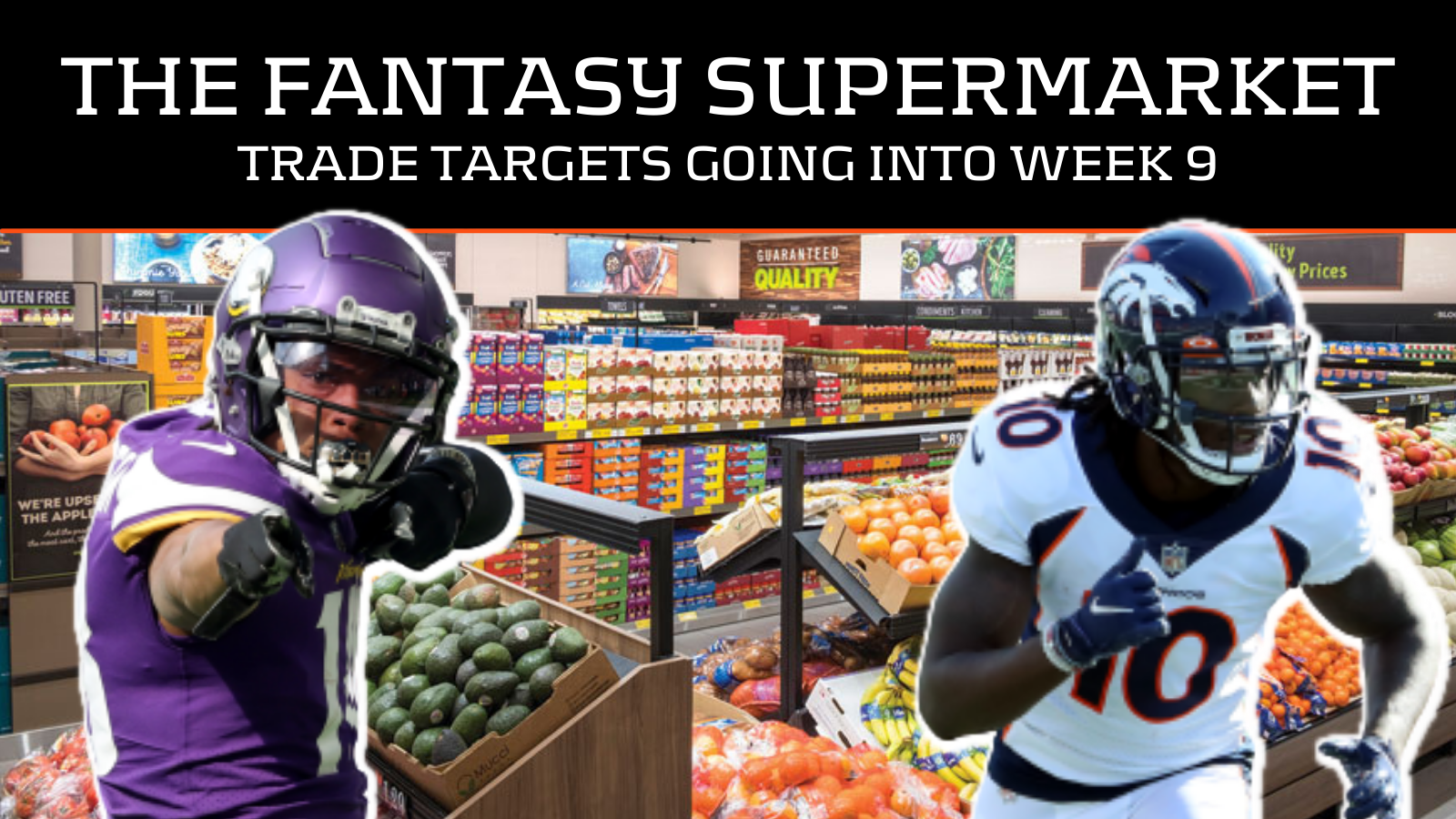 Justin Jefferson and Mike Williams are two receivers who have nuclear upside and significant opportunity shares, but have had somewhat of a slump the past few weeks. Both of their teams throw at a high rate and perform better in games where they’re heavily featured. This is the time to take advantage of the value dip.

Jerry Jeudy came off of IR last week and had a solid first outing. He led the team in receptions and logged over 70-percent of the snaps. Jeudy is a dynamic play-maker that suits Teddy Bridgewater’s style of play. You can aquire him now at his near-lowest value. 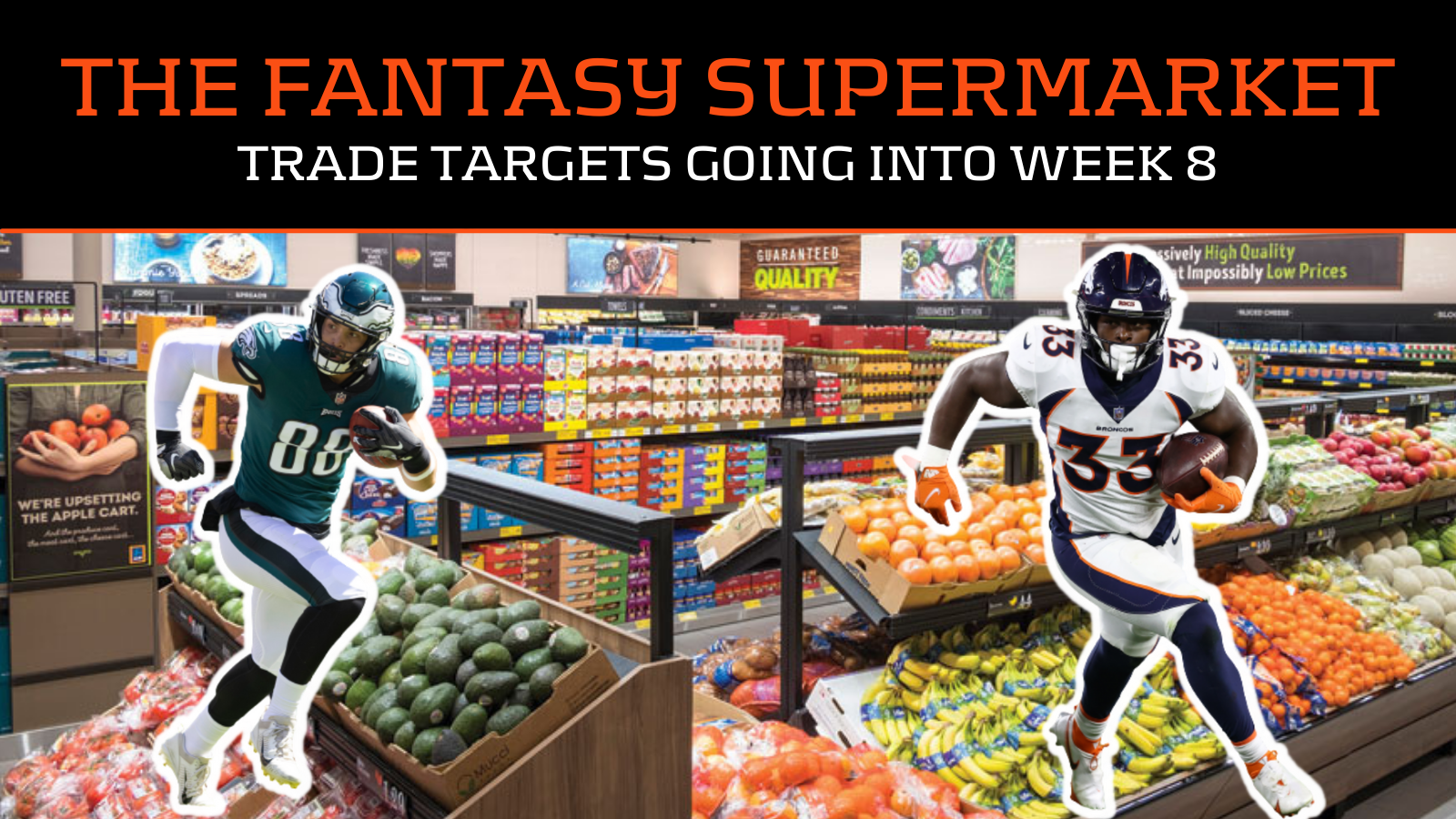 Javonte Williams inches closer and closer to his breakout game every week. He’s efficient through both the ground and the air, and has a mouth-watering end-of-season schedule. Dallas Goedert is now free of the chains of Zach Ertz, allowing himself to soak up even more opportunity on a pass heavy offense deprived of reliable pass catchers.

Antonio Gibson is this weeks “buy of the week”. He has an incredible prospect profile, and earned a hefty Opportunity Share to start the season. Hindered with a shin injury for the time being, the value of Gibson is tanking. Now is the time to capitalize on this before he regains health and begins to explode yet again. 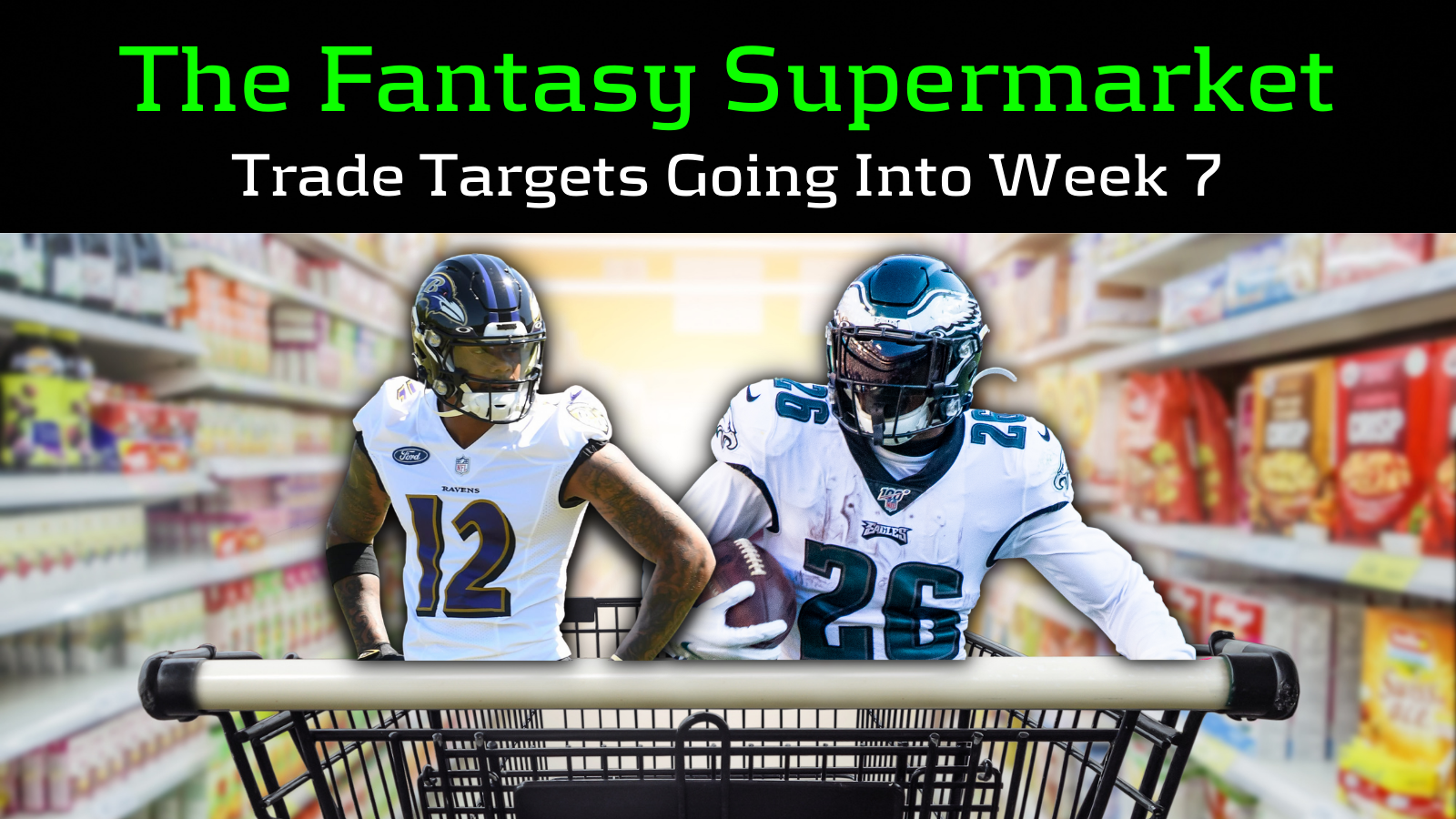 Miles Sanders is seeing a larger Opportunity Share and a consistent Target Share, and he’s trending towards seeing higher-value touches against week defenses. The connection between Jakobi Meyers and Mac Jones is growing stronger. Meyers has the talent and the opportunity, but the touchdowns haven’t come yet.

Rashod Bateman is here, people. He blew expectations out of the water in his first game, and it’s only gonna get better from here. The Ravens have a favorable schedule going forward, and it’s clear that Bateman is going to play a large role in this passing offense.