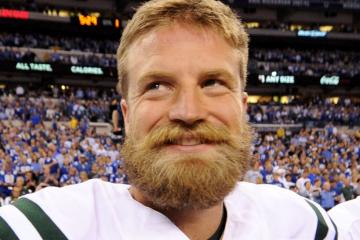 If you’re a football fan you’re probably very familiar with the NFL combine. Held in the Spring each year, the top prospects for the upcoming draft are invited to be poked and prodded and tested as part of the evaluation process. Scouts meticulously catalog 40-yard dash times, bench press repetitions, vertical leap height and a myriad of other benchmarks to help them evaluate the prospects. Beyond the testing of physical attributes, however, scouts also want to gauge these players’ ability to think. That’s where the Wonderlic Test comes into play.

The Wonderlic Test was created in 1936 by E.F. Wonderlic as a means for measuring human intelligence. Since then, the test has evolved quite a bit, but the Wonderlic is still in heavy use by many employees and schools to determine job placement, promotions and admissions.

In a move that was a bit ahead of its time, legendary Dallas Cowboys coach Tom Landry began requiring their potential draft picks to take the Wonderlic in the 1970s to provide more information for their drafting process. Not long after Landry had implemented this as part of the Cowboys drafting regimen, the Wonderlic became a fixture of the NFL Combine as a way to help predict future performance. Considering Landry took his team to five Super Bowls during the 70s, it’s not surprising the rest of the NFL followed his lead.

What is the Wonderlic Test?

The Wonderlic test is a 12 minute test that includes 50 multiple choice questions. If you do the math, that means you have a little over 14 seconds to answer each question. The test is multiple choice and is taken online using a computer.
The question types are varied, and typically include questions on general knowledge, quick recognition, logic, English knowledge and word problems. Test questions are random from test to test. To get a feel for the types of questions the players will see during the test, check out the examples below.

Questions come in many different formats, and are often easy to answer correctly but often take time to read through and process. Which of the following is the earliest date?

If the area of a square parking lot that holds eight cars is 100 square feet, how many feet is the perimeter of the playground?

One issue that often plagues people with low scores on the test is managing the clock. Many questions add unnecessary information, like the number of parked cars in the question above, which may cause people to overanalyze a question and waste too much time. With only 14 seconds allotted for each question, spending 30 seconds or a minute on a couple of questions can severely hamper your score, as all incomplete answers are worth zero points.

For every correct answer on the test players receive one point, so the maximum possible score is a 50 and the lowest score is a 0. The only perfect score ever recorded on the Wonderlic was from Pat McInally, who was a punter for the Bengals. In recent years, the highest scores have been recorded by journeyman quarterback Ryan Fitzpatrick and tight end Benjamin Watson, who were among a few players to score 48.

This is the million dollar question. The Wonderlic continues to be used by the NFL and other organizations, because it has shown a reliable ability to test people’s cognitive ability. As offensive and defensive schemes become more complex, it would stand to reason that quick thinking would be a useful trait for players.

Various studies have supported or rejected the claim that Wonderlic scores correlate to future success in the NFL. A study done by two Louisville professors found no correlation whatsoever in regard to the quarterbacks, running backs, and wide receivers they studied, whether drafted or undrafted. Another study took a more complete look at data for quarterbacks and had a different approach. Unlike the original study, this one removed data of players who never played. When they removed quarterbacks who threw for 1,000 yards or less they started finding strong correlations between Wonderlic scores and passing yards. In the sample data, they noted:

Of the 27 quarterbacks who scored below the median Wonderlic score (for QBs), they averaged 5,202 passing yards and 31.2 TDs over their first four years, whereas those scoring above the median averaged 6,570 yards and 40.8 TDs over the same period.

Like all standardized testing the Wonderlic can be a controversial topic, but when you combine standardized testing and football you’re bound to get fireworks. There is some statistical relevance for the test. Given today’s data driven climate in sports, you must believe the NFL keeps the test around for more than entertainment.

If you’d like to try a sample test for yourself, you can follow this link to a timed-practice Wonderlic Test. This site is also having a contest from April 1st through the end of the draft where the highest score wins a $200 gift card to NFL.com. To take your shot after April 1st, click this contest link.

Adam Henige is the content manager of WonderlicTestSample.com, one of the website’s leading resources on the Wonderlic Test, and with one of the largest databases of NFL Wonderlic scores available online.