Fantasy Football Data Analysis and the Origins of Ideas 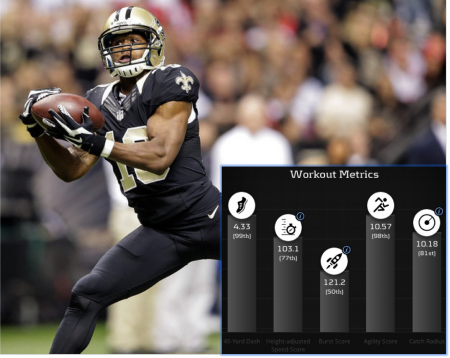 Where do PlayerProfiler articles come from?

I know of two fundamental paths to article idea generation:

1. Ah-ha! Idea Testing – an idea comes to me in the shower.  I dry off and rush to my computer in a towel to look up Player X on PlayerProfiler.com to start the idea validation process.  If his advanced metrics align with my initial assumptions, then the evidence gather phase begins in earnest.

This is how polarizing articles such as Jarvis Landry vs. Kenny Stills: Wide Receiver Role and Efficiency Matters are born.

2. Help! Idea Mining – I stare blankly into the void.  Will I ever think another interesting thought again?  At this point, I go to PlayerProfiler.com‘s idea engine: Data Analysis Tool to access a complete library of NFL skill position player advanced statistics and metrics.  The Data Analysis feature is a point-and-click query tool provides access to the complete spectrum of PlayerProfiler.com metrics.  The tool allows metrics heads, football writers, and serious fantasy football enthusiasts to query and download advanced NFL statistics and advanced fantasy football metrics from Hand Size to 40-time to SPARQ-x Score to Speed Score to Breakout Age to College Dominator Rating to Catch Radius to Agility Score to Juke Rate to Contested Catch Rate to Air Yards to Production Premium.

Our Drew Ryan recently leveraged Data Analysis to pull a list of Brandin Cooks statistical comps.  SPOILER ALERT: no close comps exist.  Or perhaps another writer will be inspired by Shawn Siegele’s work on running back agility scores and use the Data Analysis Tool to query running back agility scores back through time to see which active RBs have the best size-adjusted Agility Scores.  The tool empowers curious fantasy football minds to scroll through agility score data in list mode, and then download for more sophisticated sorting and filtering.