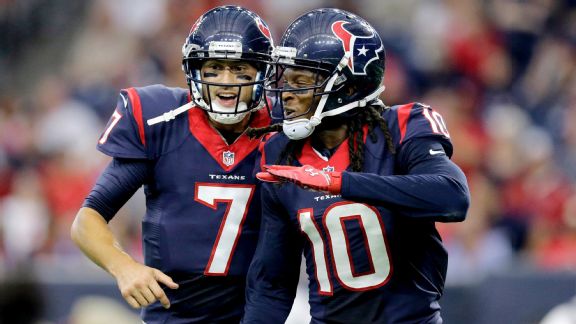 Every year I have countless friends that will screen shot me their drafts in other leagues.  “What do you think!?”  This is like when your girlfriend asks you if she looks nice in her new dress.  She’s not really asking your opinion, she’s just seeking affirmation.  Your buddy wants the same as your wife — tell her she looks skinny in her dress and tell your buddy you’re sure his sleepers will hit.

Now as an experiment, try to break it to your friend that his sleeper will probably never wake up and be dropped by week 3.  Then, prepare yourself for the universal counter argument featuring counting stats from an arbitrary sample size.  “Player X finished 2015 as the WR20, but I drafted him as the 30th WR off the board.  That’s value.”  Sure buddy.

Fantasy football is growing in popularly at a rapid rate, but the sophistication of the player valuation process is evolving more slowly.  Most fantasy analysts write down last year’s counting stats, add or subtract 10-percent based on age or narrative, and voila!  Player rankings.  Unfortunately, the other 11 guys in the league are also following the same dozen guys on Twitter and reading the same news blurbs.

The League on FX

Here, the most competitive fantasy gamers turn to sports analytics to gain a competitive advantage.

Those familiar with basketball DFS tactics understand the extreme importance of advanced metrics.  For example, fantasy basketball grinders intuitively understand that the more possessions a team has, the more opportunities a team has to score, thus driving up individual player fantasy output.  For this reason, per-100-possessions stats have rendered raw counting stats and per game stats universally obsolete.  However, football analysis lags far behind both basketball and baseball in embracing analytics.  Especially considering the fantasy football regular season’s minuscule 12-13 game sample size (injuries notwithstanding), leveraging pace and efficiency to gain an edge is all-the-more critical.  Did you see Blake Bortles fantasy season?  Now mix in weather, Bill O’Brien’s blundering, and game flow — the per-game variance is as high as the stakes.  By exploiting the gap between counting stats and player efficiency in 2016, fantasy football enthusiasts can leverage advanced metrics to differentiate their player valuations and improve their odds of winning fantasy leagues.

Back to pace. If game flow were truly predictable, solely betting over/unders would be a gold mine.  Alas, professional football game flow is not predictable with reasonable certainty.  How is pace tracking valuable? In a league with ultra-parody such as the NFL, no team can sustain a pace advantage.  Ask Chip Kelly as Houston (70.4) passed Philadelphia (68.9) in plays per game in 2015.  Counting stats suffer as pace regresses to the mean.  Bad teams play at a faster pace, because teams playing from behind employ a more pass-heavy, hurry-up offense.  Less time between plays means more plays and more plays mean more points.

By examining efficiency and pace, we can identify who is set up to underperform and over perform their projected counting stats and subsequent fantasy production. Look at the Houston Texans.  From the 2014 to 2015 season, the Texans suffered the biggest quarterback downgrade as the Ryan Mallett–Brian Hoyer duo replaced the sneaky-efficient Ryan Fitzpatrick.  Fitzpatrick posted a 58.6-percent (No. 1) deep ball completion percentage, +18.3 (No. 3) Production Premium (PlayerProfiler.com’s situation agnostics efficiency metric), and 4.3 (No. 4) air yards per attempt in 2014.

DeAndre Hopkins is a technician more than an explosive vertical threat who will likely receiver lower volume from a below replacement quarterback in 2016.  Hopkins enjoyed a fantastic fantasy season in 2015, but Houston’s extreme 2015 pace has already set unreasonable expectations for Hopkins in 2016.  Like Jeremy Maclin could not maintain top-10 fantasy production with less opportunity in 2015, expecting DeAndre Hopkins to duplicate or improve his fantasy output in 2016 amounts to wishful thinking.