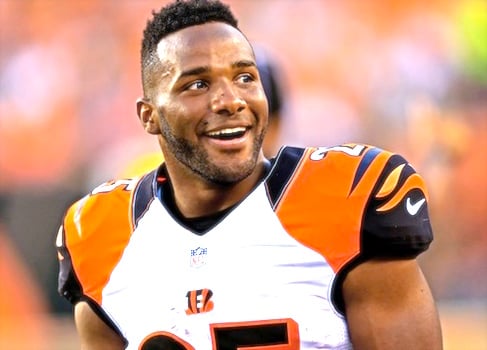 The most recent laughable false fantasy football narrative is “Ben Roethlisberger struggles on the road.”  Don’t be fooled by randomness, and play Roethlisberger, the NFL leader in passing touchdowns, against a QB-friendly Miami secondary.

Giovani Bernard started his first game of the season in week 5, and accumulated a 75-percent Opportunity Share.  The Bengals are +7.5 road dogs at New England this week.  Bernard will likely dominate the RB touches again in week 6 as Cincinnati will likely be forced to throw in hurry-up mode in the second half.

For the game flow reasons outlined above, A.J. Green is a strong play this week.  Without knowing if Malcolm Butler will shadow Green, a “Bill Belichick always takes away an opponent’s best weapon” anecdote is the sole case against the future Hall of Famer.  Fade the narrative, and start Green and his irrationally low ownership.

Many fantasy analysts believe Vernon Davis will draw the start in week 6 with Jordan Reed out.  However, Niles Paul, an explosive former college wide receiver, will see meaningful snaps for an offense in desperate need of playmakers in the middle of the field.