Tevin Coleman vs. Ameer Abdullah and Confessions of an Abduholic 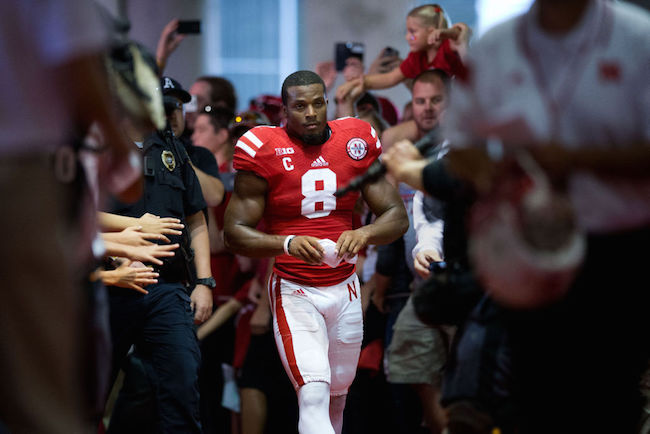 Step One: Admitting the Problem

From the moment I saw him dance around defenders in Nebraska, I’ve been an Abdullah addict.  So much so, in fact, that he quickly became my personal favorite running back of the 2015 draft class.  And in case you’ve been living under a rock, this year’s class of running backs is strong.  It wasn’t until I noticed Ameer Abdullah’s MyFantasyLeague money league ADP has risen to the fringe RB2 range (No. 51 overall). Abdullah’s ADP is now numerous spots ahead of fellow rookie running back Tevin Coleman (No. 73 overall), that I actually began to question myself.  Am I liking Abdullah too much?  Could Coleman be a better value?

In order to look at these questions objectively, I had to clean up my act.  Through my journey outlined below, I found thatAmeer Abdullah and Tevin Coleman are strikingly similar players worthy of a spot on any fantasy roster.  However, Abdullah’s preseason highlights mixed with Coleman’s preseason absence may lead to an even bigger gap in ADP.  As the disparity between their respective ADPs continues to grow, Coleman becomes the more clear-cut player to own in fantasy football in 2015.

The fantasy football community is often mislead and poisoned by biases.  These biases typically stem from selective statistics and fabricated opinions, but they also come from film.  Watching Ameer Abdullah play, one immediately notices his agility.  This is one example where the eye test accurately matches a players testing during workouts — Abdullah posted a 10.74 Agility Score (97th-percentile).  He has a knack for playing with unbelievable balance and a very low center of gravity. Pair that with some nifty jump cuts and a noticeable grit to fight forward, and suddenly Abduholism is a problem that needs treatment.

If an opinion is being affected by the emotional excitement that can exude from watching film, there is only one power high enough to restore sanity: the facts.  No more film.  No non-sense talk about scheme fit.  Only the facts.

Both players are rookie running backs entering the league at age 22.  And according to their workout metrics, both appear to have elite-level athletic potential—albeit, in different ways.  Abdullah has eye-popping burst and agility scores that place him in the 99th and 97th percentile of those categories, respectively.  Add in a 77th percentile bench press score, and the freakish agility and grit that show up on film make sense.  His downfall, however, lies with his straight-line speed, evidenced by a below-average forty time of 4.60.  In terms of on-field performance, Ameer Abdullah holds very high marks across the board: College Dominator Rating, College Yards Per Carry, and Breakout Age metrics.

Tevin Coleman is a tougher prospect to pinpoint, because his pre-draft toe surgery kept him from doing the drills necessary for PlayerProfiler to compute a burst or agility score.  Nonetheless, it’s known that Coleman has excellent speed exhibited by 89th and 78th-percentile 40-yard dash and Speed Scores, respectively.  And like Ameer Abdullah, his bench press reps show he has above-average strength, too.  Lastly, Coleman has even higher College Dominator Rating and College Yards Per Carry, although, he did break out at a later age.

Overall, from the viewpoint of the major metrics (again, the facts), it can be argued that both players appear to be very close in talent level, if not equal.  When this happens, the next step is to separate the players by considering their NFL situations.  Ameer Abdullah and Tevin Coleman are both slated as second-stringers on teams that have high-powered offensive potential.  Also, both are better than the incumbent starters on their team, so it’s only a matter of time before they leapfrog the depth chart and run off into the sunset.  But what about their actual path to the starting job?  Does one have a better, or in other words—quicker, route to becoming the lead running back?

In Tevin Coleman’s case, Devonta Freeman is the man to beat.  One look at Freeman’s profile on PlayerProfiler.com and it becomes clear why he was an inferior prospect to Coleman coming out of Florida State.  Freeman has below-average scores in every workout metric as well as a bottom rung College Dominator Rating.  His one year of NFL experience is the only thing aiding him in the depth chart fight.  And considering there is a new coaching regime in Atlanta, that experience isn’t a major advantage.

Conversely, Ameer Abdullah has the unfortunate task of unseating Joique Bell.  While Bell’s profile doesn’t scream “most athletic running back ever” (Jerick McKinnon, anyone?), it shows that Bell is a somewhat similar player, in that he holds above-average burst and agility scores, while lacking in the speed metrics.  He also has a literally unbelievable 100th percentile (yes, you read that right, one-hundredth percentile) College Dominator Rating albeit at a smaller school.  Regardless, Bell is an established, trusted staple of Detroit’s backfield, and any assumption that he would be quickly usurped by a second round rookie requires fanboy-level suspension of disbelief by Abduholics.

Suddenly, this doesn’t make sense.  Ameer Abdullah and Tevin Coleman are both athletic.  They both have awesome potential.  They both will end up becoming the majority owner of their team’s backfield touches, soon enough.  But despite the fact that Coleman has an easier route to the starting gig, he is being drafted multiple spots behind Abdullah. What is the catch?

If the world was black and white, fantasy owners could use the logic above to draft Tevin Coleman instead of Ameer Abdullah.  But sometimes, the world of fantasy football just can’t be that simple.  If it was, Jonathan Grimes would be an early-round fantasy pick and the world would all be asking, “Alfred who?”

Joique Bell may be no slouch, but the truth is Joique Bell hasn’t exactly been Joique Bell since 2013.  He is 29-years old and has had three lower-leg surgeries in the past two years.  Two of those surgeries included work to his knee and Achilles, this year.  They also resulted in him missing OTA’s and the beginning of training camp (so far).  Looking back at his performance last season, Bell posted a -9.9 production premium, slating him as No. 55 on the list of NFL running backs.  Not exactly starting material.  While he did rank #6 in evaded tackles (thanks, agility), he also posted a disappointing 3.8 ypc and 0.71 fantasy points per opportunity.

Flipping focus to Atlanta, Devonta Freeman‘s underwhelming college resume, athleticism and 3.8 rookie season yards per carry suggests he would not succeed in an every-down, NFL workhorse role.  However, Freeman’s passing game efficiency, evidenced by a 78.9-percent Catch Rate in 2014, bolstered his 0.85 Fantasy Points Per Opportunity last season.  While Freeman does not possess a primary back profile and his resume is inferior to Joique Bell across the board, his production in passing situations gives him the edge over Tevin Coleman on third downs.  But even if Freeman sees more targets than Coleman, without a trusted incumbent on the roster, Coleman projects to absorb the lion’s share of running back touches in 2015.  Coleman’s opportunity is particularly enticing, because it will likely include high leverage goal line carries for a Falcons team that finished top-10 in points scored last season.

After comparative analysis of the facts, it’s not exactly a “problem” to love Ameer Abdullah.  He’s a remarkable athlete who played well in college and has a viable opportunity of becoming a workhorse back in a good offense.  But his upside is already being priced into his early-fifth-round ADP.  Considering he was the poster child of preseason’s week one highlights, and considering Joique Bell’s health could provide him with ample opportunity to continue this in coming weeks, that ADP is only likely to rise.

Coleman, on the other hand, has similar upside and can be drafted with a late-sixth-round pick.  This is why I’m turning over a new leaf.  I’m learning to put my Abduholism aside and live a new life…by drafting Tevin Coleman two rounds later.