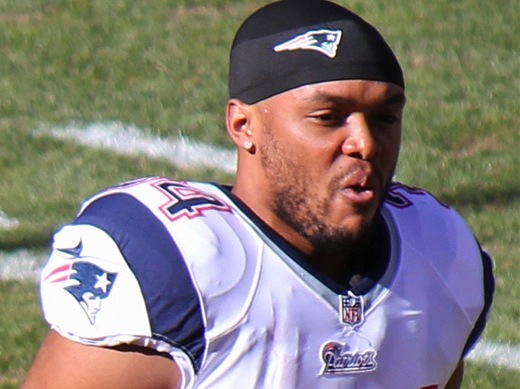 New York Giants running back Shane Vereen should be on everyone’s radar in both dynasty and redraft leagues.

Only one year after signing Rashad Jennings and drafting 23-year-old fourth-round RB Andre Williams, the New York Giants’ acquisition of Shane Vereen this offseason came as a mild surprise. Williams ran for 2000 yards at the college level less than two years ago, and though the 30-year old Jennings is coming off a inefficient season (-15.4 Production Premium, 4.4 Yards Per Touch), his 78.6 all-purpose yards per game were top-20 in the NFL in 2014.

Now on the Giants, Shane Vereen profiles as the superior all-around running back when compared to the lackluster Rashad Jennings and the flawed Andre Williams. In this context, Vereen’s workout metrics, recent on-field efficiency (+37.4 Production Premium in 2013, +6.7 Production Premium in 2014), every-down track record at the college level (1,167 rushing yards, 16 touchdowns, and 40-percent College Dominator Rating during his final year at the University of California) suggest that he is a real candidate to become the Giants’ 3-down workhorse, as opposed to a passing catching specialist.

At 26-years old, Shane Vereen is being valued like either a 30-year old or high-risk bust candidate in dynasty startup drafts based on his No. 169 Keeper League ADP on MyFantasyLeague.com. With a below-average defense and a plethora of offensive weapons including Odell Beckham; Rueben Randle; Victor Cruz; and even Corey Washington, the New York Giants are likely to throw a significant number of passes in 2015 (Eli Manning was No. 6 in the NFL in pass attempts in 2014). Opposing NFC East defenses will quickly learn that Vereen is one of the NFL’s most versatile backs and is un-coverable in the passing game as the Seattle Seahawks discovered in Superbowl XLIX (11 catches for 64 yards).

Vereen’s coaches and members of the sports media agree:

“Andre Williams is lacking a clear role heading into training camp.”
– NJ.com
“Shane Vereen ‘is not just going to be a third-down back’ in his first year with the Giants.”
– Jordan Raanan
“He can be a quarterback’s best friend in a way in the passing game.”
– OC Ben McAdoo
“[Vereen] caught pass after pass out of the backfield, in particular in the red zone”
– NJ.com

At a minimum, Shane Vereen will likely see enough volume as a receiver to exceed his 53-reception total from 2014 because Giants OC Ben McAdoo has emphasized running back check downs in an effort to ensure that Eli Manning reduces his league-leading sack totals from previous years. It is also conceivable that Rashad Jennings begins ceding early-down carries to Shane Vereen as early as week 1 if Vereen continues to outplay his peers during the preseason.

If the New York Giants are truly administering an opportunity-optimized meritocracy, Shane Vereen will receive the lion’s share of running back touches, while Rashad Jennings and/or Andre Williams are deployed in short yardage and red zone situations. Moreover, Vereen has the potential to become “the guy” only couple weeks into the regular season. Even if Vereen only finds the end zone a handful of times in 2015, his instincts and superior ability in all phases of the game (particularly his sublime receiving skills) make him a mismatch wherever he lines up on the football field.  In 2015 and beyond, Vereen appears to be one of fantasy football’s great value plays.